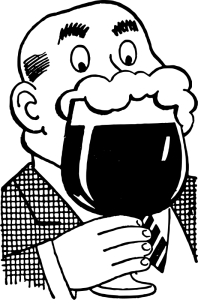 When an Arkansas legislator goes to a legislative meeting the legislator is paid for mileage to and from home, a per diem for lodging, and a per diem for meals and incidentals (such as tips and parking) . No receipts required.

The per diem payments are paid for any day the legislator attends a session of the legislature or a legislative meeting.  The legislator doesn’t even have to be a member of the committee or task force that is meeting. Legislators living close to Little Rock get reduced disbursements.

Payment for Meals and Incidental

Let’s talk about the payment for meals and incidentals. The federal Meals and Incidental Expenses (M&IE) rate for Little Rock is $59 per day. Arkansas Legislators do not have to have receipts to prove expenses for meals. To qualify for the meals payment, legislators only have to show up at a meeting, no questions asked.

What you may not realize is lobbyists provide many meals for legislators and when a lobbyist provides the freebies legislators get a nice meal and drinks and get to pocket the money you the taxpayer pay for their meals.

Here is the fun part for legislators.  There are so many lobbyist-sponsored events during legislative sessions, that on many days legislators can have three very nice meals a day, plus drinks, all paid for by lobbyists. In just seventeen days of dining with the lobbyists a legislator can pocket over $1,000 of tax free state money.

The Arkansas Senate used to keep a running list of lobbyist sponsored events but in recent years they have tried to minimize ridicule by only displaying a few events at a time.  In 2015 the legislature was still displaying a long list so here is an example of the list of lobbyist events as it appeared on February 2, 2015.

For some people a few thousand dollars in a year might not look like much, but for others it is a big deal. It is certainly a big deal for the new class of legislators who live off being a politician.  Who does this?  One example is Representative James Sturch who reported on his Statement of Financial Interest that he had no source of income over $1,000 other than his legislative salary in 2017.

Do you care whether there is a financial incentive to get legislators to go to lobbyist events where they can be more reliably lobbied out of the public eye?

Even if you don’t like for legislators to pocket your payment for meals and eat off the lobbyist’s plate, it would be hard to change the law. To repeal the exemption requires either the people propose and pass an amendment to the Arkansas Constitution or the legislature would have to decide to take money out of their pockets by passing a repeal by a 2/3rds vote of both the House and the Senate. Changing Arkansas law to start requiring legislators to provide receipts for expenses would only require a majority vote in each chamber.  But this, too, is about as likely as a cow jumping over the moon.

We at Conduit For Action do not have an answer for every ethics issue, but we think you deserve to know how your state government actually operates.

Want an email update when we post a new article?  You can subscribe using the link on our webpage. The signup appears near the top of the page on the right side.