Small business may be defined as:

Large businesses advocate and lobby for advantageous legislation or favorable taxation. Most have the resources and promote more specialized interests for their business, as it should be. Small business does not have the time, money, or sophistication to be effectively involved in government monitoring much less a voice in its restraint. CFA intends to provide that missing link for small business in Arkansas. 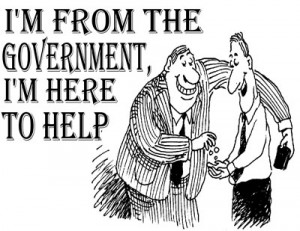 Summary of CFA position regarding the most productive Employer/Employee relationship for the good of the Arkansas citizenry:​

A–The two extreme general perception groups for the business to individual relationship are outlined as follows:

B—An ideal and productive business environment, most beneficial to all sides, would consider the following as positive principals:

Therefore it is the intention of CFA to promote the return to and further establish true free market principles and move business in Arkansas toward the more general “public regulation by affirmative employee/consumer/community action” in place of the current “collective, government administration of penalty/requirement/and directed incentives.” ​

Commentary from a conservative position:

The Washington County Quorum Court (2012) passed to the voters an unsustainable and almost fully subsidized county transit tax. The justices should have never shirked their responsibility to protect the taxpaying citizens of this county from this kind of unreasonable tax. These elected officials are supposed to be the first line of defense for unreasonable tax schemes. It was their job to learn and know the details that the public could–in order to defeat this effort. Instead they mostly hid behind the “Let the People Decide” excuse. This is their job to decide these matters. We the people elect and hire them to find the facts and make the decisions, otherwise, let’s eliminate their positions from the government, save the expense, and the people can vote on everything. That is what a democracy really looks like.

This is a good example of why we have a constitutional Republic rather than a democracy.

The tax, which would have amounted to about 7.5 million dollars, would be forever until repealed. It would primarily fund a private company that would be on the taxpayer dime for decades to come. There is no argument that this or any other system cannot come close to paying for its operation let alone the capital costs. The benefits are to a very few riders and the private administrators and owners, at the expense of all of the rest of us.

Make no mistake about it, there will be more taxes and programs proposed in the future to provide what they call public transit such as light rail. This would take the subsidy and tax losses to many times greater levels than that misguided transit bus proposal. Don’t be fooled by the buzzwords used for mass transit. Mobility, environmentally sustainable, socially responsible, etc.. These are simply the immeasurable, unaccountable snake oil sales techniques used by big government, big transportation corporations, and subsidized private companies to move your money to their pockets. These programs never, I repeat never hold up to any scrutiny of financial responsibility. Public transportation in not a bad concept if rationally created and paid for in the majority by the actual users. As proposed in most every example, these programs, in fact, always grow government payrolls, lessen the taxpayer’s income, and shrink citizen’s freedom.

Commentary from a progressive position:
(Article on light rail from ArkDemoGaz coming soon….)

Recommended Reading:​
”Gridlock—Why we’re stuck in traffic and what to do about it.” by Randal O’Toole.

Whenever you hear the terms watershed, streamside, “xyz” authority, and many others you should carefully and thoughtfully ask yourself—“what new controls over my life, liberty and property will these actions give the government?” (And recall, when someone or something is given power or control, they have taken that power or control from another.)

Case in point–The City of Fayetteville, Arkansas recently passed a “Streamside Ordinance.”
It is the position of CFA that such an ordinance effectively takes the control, power, and use (benefits of ownership) of any private land that is within 50 feet of whatever water run-off, stream, ditch, or pond the government deems that could ever drain into a public lake or river. This is giving the City Government the power and authority to solely decide what your land can be used for and how—without paying you a penny for the loss of its use by you.

The mission of CFA is to educate the public and property owners concerning such government actions and the costs to freedoms that these actions impart. CFA believes that without an educated public, this pattern will continue and exculpate, such as in this case—Washington County is expected to follow the lead of the City of Fayetteville and try to implement much more control over all water related land use in the very near future. Imagine that the county may deem a part time ditch or full time pond on your property is now in their control because the runoff from a rain could affect Beaver Lake. CFA is not saying that willful polluting should not be dealt with by the county or other government agency, but taking private land rights by assuming the landowner cannot control it properly and that the landowner will otherwise pollute, as defined by government, at some point in the future– is abuse of power and insulting.

Behind all of this remember:
Knowledge is Power!