Many have now seen several videos of Professor Jonathan Gruber bragging about deception and “tortured language” in the drafting of Obamacare (Patient Protection and Affordable Care Act) in order to fool the American people into accepting the law. In the videos, Gruber repeatedly calls the American people stupid.

Some of his statements in the videos include:

About the effort to fool the American people Gruber said:

“Lack of transparency is a huge political advantage. And basically, call it the stupidity of the American voter or whatever, but basically that was really really critical for the thing to pass…”

Here is a link to one of several videos of Jonathan Gruber bragging about deception in Obamacare. [Watch]

[UPDATE: After this article was posted, the Foundation for Governmental Accountability posted a video of Jonathan Gruber talking about the Arkansas Private option.  Check out our link to the video here] 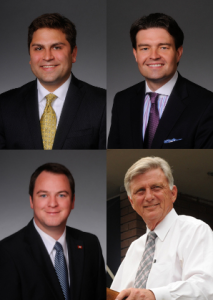 Senator Jonathan Dismang, Senator David Sanders and Representative John Burris have been called architects of the Private Option.[i]  But this leaves out perhaps the most important name – Governor Mike Beebe.  The Arkansas Democrat Gazette says the original draft of the Private Option came from Governor Beebe. [ii]

Of the FAB FOUR , only Dismang and Sanders will be back for the 2015 Session of the General Assembly.

Another person involved in the development of the bill was Representative Bruce Westerman, now Congressman-Elect Westerman.  However, it is significant that Westerman disavowed the bill, insisted that his name be removed from the bill, and actively tried to defeat the bill.

Adding leverage to his position, his administration predicted in November 2012 that there would be a shortfall in Medicaid funding of $460 million.[iv] The Arkansas Democrat Gazette reported “Gov. Mike Beebe said Wednesday [11/14/14] that expanding the state Medicaid program would be the best way to avoid cuts to nursing care for 10,000 to 15,000 senior citizens and disabled people that his administration proposed to fix the program’s projected shortfall in fiscal 2014.”[v]

State legislators were obviously concerned that Medicaid cuts could mean grandma might get tossed out of the nursing home on their watch. Using the shortfall as a scare tactic, Beebe pushed Medicaid Expansion as the answer to the problem. Many Republicans found themselves in a difficult position.  They did not want to be associated with Obamacare, but they also did not want to be blamed for scenes of the elderly being shoved out of nursing homes.

The curious thing about the shortfall scare tactic is that once Medicaid Expansion passed as the unofficial name “Private Option”, the talk of a $460 million shortfall just went away (not to mention GIF money of $300 million appeared by April 2013.)  The talk of shortfall went away (and a surplus appeared) despite the fact that no Medicaid Expansion funds would roll into the state for many months. So what happened to the $460 million shortfall in Medicaid? Was it real?

The Private Option includes more than its share of “tortured language” and features a deceptive sales pitch.

A. Summary of Deceptive Claims

JUSTIFICATION FOR THE WAIVER

O! be some other name: What’s in a name?
that which we call a rose by any other name would smell as sweet;- Shakespeare

a. U.S. Health and Human Services Secretary Kathleen Sibelius A letter by Kathleen Sibelius cites a March 29, 2013 memo that provided guidance on some issues including: “People who receive premium assistance are still Medicaid beneficiaries.”[vi] (This memo was dated even before Governor Beebe provided a draft of the Private Option to legislators.)

b. U.S. Health and Human Services Department Its own website says Arkansas is a Medicaid Expansion State. (Obamacare)

i. Sought approval for the Private Option because the 1115 waiver is for obtaining flexibility on financing Medicaid or delivering Medicaid services (The waiver process is not for creating a program that is something other than Medicaid).
ii. Refers to Arkansas Medicaid Expansion (Obamacare)
iii. Makes references to the Affordable Care Act (Obamacare)

d. U.S. Government Accounting Office In discussing funds received by Arkansas for the Private Option, the U.S. Government Accounting Office said “In approving Arkansas’s Medicaid Section 1115 demonstration, the Department of Health and Human Services (HHS) gave the state the authority to test whether providing premium assistance to purchase private coverage offered on the health insurance exchange will improve access to care for individuals newly eligible for Medicaid as a result of the Patient Protection and Affordable Care Act (PPACA).” (Obamacare)

Supporters couldn’t call it Medicaid Expansion because it still would not have been marketable, it had to be something different. It needed a new name, and with the new name it was as if Medicaid Expansion was put in the witness protection program and given a new identity.

a. It was Democrat Governor Beebe who obtained the key federal okay to run Medicaid Expansion through insurance companies.

b. It was Democrat Governor Beebe who gave the initial draft legislation to legislators.

d. Seventy-five percent of the House Republicans voted “NO” on passage of the Private Option bills.

i. In terminating the program, the State must provide for administrative review to determine if private option participants qualify for Medicaid eligibility under a different eligibility category. (Terms and Conditions (9)(d)) The state must notify the participants of this right.

“(h) The program authorized under this subchapter shall terminate within one hundred twenty (120) days after a reduction in any of the following federal medical assistance percentages:

a. Can you really exit in 120 days because of financial triggers?
Arkansas was quick to agree to federal terms and conditions which prohibit a quick exit and would make following the Arkansas financial trigger a breach of the CMS Terms and Conditions and would risk the imposition of federal penalties. The CMS Special Terms and Conditions impose numerous requirements before the state may terminate the program, including a lengthy notice period, approval of a plan by CMS (that is a veto power), appeals procedures for enrollees, etc.  None of the requirements CMS imposes could be accomplished within the time Arkansas’ financial triggers require

b. Cost overruns – do they count?
The plain terms of the financial trigger requires federal support of a specific percentage of the program each year or the program must terminate. Supporters of the Private Option law contend that payments by Arkansas for cost overruns do not count against those percentages, but there is nothing in the Arkansas law that indicates such an exception.  They also claim cost overruns do not count until Arkansas actually has to pay for the cost overruns which is years from now. In other words they claim that the annual limits in Arkansas law are not effective if you just delay payment.  Under their view Arkansas can incur tens or hundreds of millions in cost overrun debt and the trigger still wouldn’t apply.  Is that “tortured language” in your book?

a. If federal medical assistance percentages fall below a specific threshold, the program “automatically terminates within one hundred twenty (120) days.” (ACA  20-77-2405 (h))
b. People who enroll in the program must affirmatively acknowledge that the “program is subject to cancellation upon appropriate notice”. (ACA § 20-77-2405 (i)(2))
c. DHS is given authority to make Medicaid State Plan Amendments but only those that are “optional and therefore may be revoked by the state at its discretion.” (ACA § 20-77-2405 (a)(2)(A)(ii)(B))

None of the architects complained when a few months later, the federal government imposed a number of restrictions on Arkansas’ ability to terminate. Instead of cancellation upon notice, CMS purports to impose numerous requirements including a veto power because of the need to seek CMS approval. The CMS Special Terms and Conditions concerning termination of the program:

a. Require a minimum of seven (7) months of termination notice but this period before termination could be much longer in trying to meet all CMS requirements. The seven (7) month notice includes a thirty (30) day public comment period before submitting written notice to CMS and a six (6) month written notice to CMS.  (Terms and Conditions (9)(a));
b. Require Arkansas to obtain CMS approval of a transition and phase-out plan. It could be argued that CMS has given itself a de facto veto power by allowing CMS to reject termination plans. (Terms and Conditions (9)(b))
c. Prohibit Arkansas from even beginning implementation of phase-out activities until fourteen (14) days after CMS has approved the plan. (Terms and Conditions (9)(b))
d. Requires the transition and phase-out plan to include the process by which it will notify affected beneficiaries, the content of said notices (including information on the beneficiary’s appeal rights), the process by which the State will conduct administrative reviews of Medicaid eligibility prior to the termination of the program for the affected beneficiaries, and ensure ongoing coverage for those beneficiaries determined eligible, as well as any community outreach activities including community resources that are available. . (Terms and Conditions (9)(c))
e. Provide that if an enrollee is appealing Medicaid status at the time the program is scheduled to end, that the enrollee is entitled to continued benefits under the program during the remainder of the appeal process. (Terms and Conditions (9)(d))

In Arkansas’ Section 1115 Medicaid waiver application one of the justifications for the waiver is that the regular Medicaid delivery system is at capacity and not workable for the additional enrollees.

“The State’s existing network of fee-for-service Medicaid providers is at capacity; as a result, Arkansas would be faced with the challenge of increasing providers’ capacity to serve Medicaid beneficiaries to ensure adequate access to care. In short, absent the Demonstration, Arkansas’s Medicaid expansion would rely on the existing Medicaid delivery system and perpetuate an inefficient, underfunded and inadequately coordinated approach to patient care.”

The statement may be true that the Medicaid network is at capacity, but adding the argument to the waiver was just window dressing. U.S. Health and Human Services Secretary Kathleen Sibelius didn’t need the argument.  She had been a key player from the beginning.

After bragging about deceptions in getting Obamacare passed, Jonathan Gruber said: “I wish Mark was right – we could make it all transparent. But I’d rather have this law than not.“

In Arkansas the goal of getting Obamacare Medicaid Expansion passed no matter what, saddled Arkansans with a more costly system that is  over budget every month.  But supporters don’t seem to be bothered by the extra cost or by the the tortured language that gave us Medicaid Expansion.

Private Option opponents are still saying the program is a bad deal and not sustainable. But what are Private Option supporters saying? 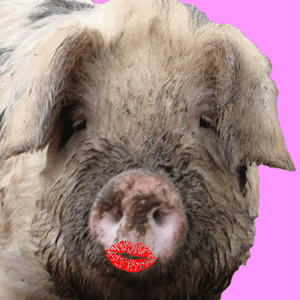 Based on the track record so far, I only have one question about any 2015 proposals to save the Private Option with a more conservative model.  What shade of lipstick will be put on the pig this time?