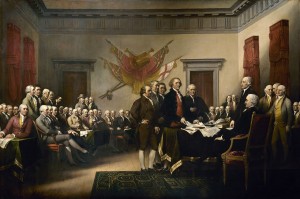 You may not be aware of an important Arkansas law that will become effective on July 22, 2015. The Republican majority legislature passed a law to counter a State Board of Education plan limiting the teaching of American History in public schools.

Earlier this year, the State Board of Education passed a plan that would have removed from the upper school grades the teaching of American history from the colonial period through 1890.

Also, under the State Board’s plan the study of the period of 1820 through 1900 would have ended at the 8th grade. (This period of history includes such events as the American Civil War and the adoption of the 14th and 15th Amendments.) 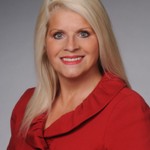 Because of the importance of our founding documents and the principles in the creation of our nation, State Senator Linda Collins-Smith filed SB1007 to allow early American History to continue to be taught throughout junior high and high school.  The bill received overwhelming support in both the Senate and House of Representatives with only a few no votes.  The few “no” votes were all cast by House Democrats. Governor Asa Hutchinson signed the bill in April and it is now Act 1284 of 2015.

If you would like to see how your legislators voted on the issue, here are links to the Senate vote and House vote. If you would like to hear more about this legislation, here is a link to Senator Collins-Smith’s presentation in the House Education committee: House Education Committee Meeting 3-31-2015 .  The presentation and the discussion for and against begins at the 25 minute mark. You can skip to the presentation by either: (1) Clicking on the bill number SB1007 which is listed on the bottom left side of the page; or (2) By moving the slide bar to that point in the video.

The following three YouTube videos are examples why the watering down of American History standards was a bad idea and why we needed Senator Collins-Smith’s Act 1284 of 2015. The videos are humorous, but the lack of knowledge shown is scary.