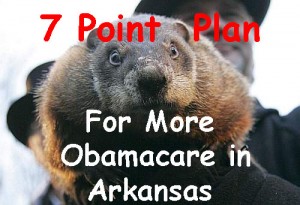 On Wednesday, August 19, 2015, Governor Asa Hutchinson announce a seven-point plan to keep Arkansas as an Obamacare Medicaid Expansion state.  The program is currently called “Private Option”, but it looks like the program will get a new name and a face lift.

In 2013, the program was sold as being for working poor families but based on census data it is overwhelmingly for able bodied working age adults with no dependents, and 40% do not work at all. To address the program’s disincentive to work, the 7- point plan proposes to “refer” beneficiaries to work training. This is probably different from actually requiring work or requiring work training. The Obama administration has rejected work or training requirements: for example, Pennsylvania’s request was denied.

The cost analysis for Obamacare Medicaid Expansion presented Wednesday is much more optimistic than the projection given in 2013 by Optimus who were consultants for the Department of Human Services. The prediction given on Wednesday claims a saving until 2020 at which point the state would have to contribute $16 million and then the next few years the state would need to come up with $50 million to $60 million a year.  Although the new projection is lower, it is not inconsequential to Arkansas’ balanced budget.  For example, to balance the budget in 2015 the state cut assistance to some programs, including a $1 million cut from the support to area agencies on aging which has resulted in agencies looking to close several senior citizens centers in rural areas.

The proposal to continue Obamacare Medicaid Expansion was not unexpected. 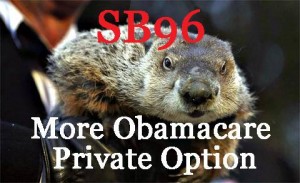 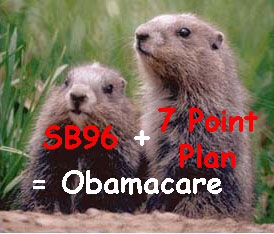