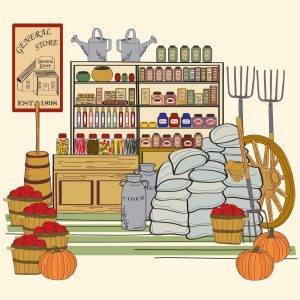 Senate Bill 140 by Senator Jake Files would impose Arkansas sales and use tax on most of your purchases over the internet.  The primary argument for the bill is that it levels the playing field between Arkansas stores that collect Arkansas tax and out-of-state stores that do not have to collect sales tax. Why is there a tax difference? The U.S. Supreme Court has said states can’t require out-of-state stores to collect the state tax unless they store has facilities in the state.

“Leveling the playing field” is a nice sounding argument, but we think tax has very little to do with whether you purchase from an in-state or out-of-state store. SB140 certainly isn’t about saving mom and pop stores.

If taxes were a big factor in shopping then there would be a dramatic shift in which Arkansas cities and counties people go to shop. Every city and county in Arkansas decides how much sales tax to impose and the rates differ as you cross city and county boundaries.

When you go to buy a lawn mower, a computer, or groceries from an Arkansas store, do you pick which store to go to by deciding which nearby city or county has the lowest tax rate? If taxes were such a big factor as supporters of the bill claim, we would assume you would be constantly crossing city and county lines to find the lowest local sales tax rate. Do you really do that?

Have you bought items from internet stores for any of these reasons? If so, taxes were not the reason for your internet purchase?

When you factor in shipping costs an out-of-state internet purchase may cost more than going to an Arkansas store.  Yet, for most shoppers, other factors outweigh shipping costs. Yes, sometimes internet companies have deals where you pay no shipping, but that gimmick is a part of the cost of doing business and they could have reduced the price instead of promoting a shipping deal.

Mom and pop stores versus who?

Walmart versus other internet sites

This bill seems to have more to do with Walmart than mom and pop stores.

You can’t do a comparison between Walmart internet sales and the sales by out-out of-state internet stores.  Taxes probably don’t keep you from buying online from Walmart. If you see what you want is available from Walmart and you are willing to pay their price, you will go to Walmart to buy it instead of completing the purchase on the Walmart internet site, because you are going to Walmart anyway to buy something else.

Taxes and leveling the playing field

After considering your buying habits, do you still think this bill is really about leveling the playing field for Arkansas stores, especially for mom and pop stores? So, what is the real reason for the bill?