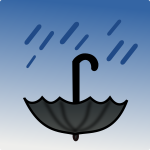 Spending of Rainy Day Funds has skyrocketed under Governor Asa Hutchinson.  In the past eighteen months, he has spent more than was spent in the previous six years combined. With another six months to go in the biennium he has almost doubled Rainy Day spending from the previous two years.

Rainy Day Funding (renamed Long Term Reserve Fund at the request of Governor Hutchinson) is a discretionary fund given to the Governor for a variety of purposes. The money is not saved for a rainy day and there is nothing long-term about it.  It is the Governor’s slush fund.

According to the Arkansas Democrat-Gazette, “Hutchinson said he uses the rainy-day fund for emergencies, and for special needs and his priorities that aren’t included in the state’s $5.1 billion general revenue budget.”[i] Whether to spend the money does not go to the full legislature, instead it is okayed by only a legislative committee that has traditionally rubber stamped any requests by Governors Hutchinson and Beebe.

One of primary jobs of the Arkansas Legislature is to decide how to spend the state’s money…and that is what they are to do. Yet they have turned over more and more money to the Governor for him to decide what should or should not be funded.

One of primary jobs of the Arkansas Legislature is to decide how to spend the state’s money…and that is what they are to do. Yet they have turned over more and more money to the Governor for him to decide what should or should not be funded.

According to the Bureau of Legislative Research (BLR) Governor Hutchinson spent $94,103,251 during the period July 1, 2015 to October, 2016.[ii] Since the October report Governor Hutchinson has spent at least another $13 million[iii] in Rainy Day funds which would bring his total for the first eighteen months of the twenty-four months of the biennium to more than $107 million. The spending in the last eighteen months exceeds Rainy Day Fund spending in the previous six years, which according to the BLR was $99,351,464. Those six years include five and one-half years under Governor Beebe and six months under Governor Hutchinson.

* Only 14 months of the 24-month period is covered by this number
** Governor Hutchinson was Governor for the last one-fourth of the 2013-1015 biennium.

Discretionary funding for the Governor in the form of the Rainy Day Fund (Long Term Reserve Fund) is a relatively new experiment which begin in 2009.  Until 2009, Governors had to go to the legislature to get approval of new spending.

Governor Hutchinson’s nephew, Senator Jim Hendren, filed SJR1 of 2017 proposing doing with the fiscal session of the legislature held in even numbered years.  If the budget shifts from a one year cycle to a two-year cycle, we expect the Governor’s discretionary funds to explode to provide more money for unforeseen circumstances, some of which are now handled by the legislature actions revising the budget during fiscal sessions.

Here are some important issues to consider.

Here are a couple of examples of the Governor’s discretionary spending that illustrate the issue of whether the full legislature should be bypassed in these expenditures.

In 2015 the legislature got over a 150% salary increase[v] claiming it had become a full-time legislature.[vi]  Perhaps legislators should hand over their salary increases to the Governor, since they are letting him make more and more of the state budget decisions.

[iv] “In December in advance of this year’s session, House Speaker Jeremy Gillam, R-Judsonia, said boosting state funding for the Agriculture Division is one of his top priorities. The division had been unsuccessful in getting a $3.5 million increase in its $62.8 million general budget in fiscal 2016. Hutchinson said in a written statement that ‘this [request for $3 million in rainy-day funds] is certainly supportive of the speaker.’” State panel OKs $9.6M allocation governor sought, Arkansas Democrat Gazette, 07/15/2015