Senator Bart Hester of Cave Springs filed Senate Bill 373 to exempt from Arkansas’ Freedom of Information Act (FOIA) documents that are “A record that constitutes an attorney-client privileged communication or attorney work product.”

Senator Hester says the bill was proposed by colleges and universities. This kind of record has been available under Arkansas’ FOIA law for FIFTY YEARS. Critics say the bill is not needed and could keep the public from knowing about documents shown to their attorney.

But, this article is not about the bill itself.  Instead, it is about the conflicts of the person handling the bill in the House of Representative. 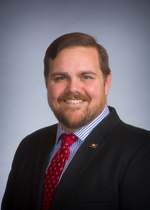 Representative Bob Ballinger is spearheading SB373 in the House of Representatives.[i]  His involvement has the appearance of conflict and he should do the prudent thing and withdraw from the bill.

First, Representative Ballinger is a member of the Story Law Firm which is representing Ecclesia College in its efforts to avoid disclosure of documents under an FOIA request. The documents relate to the receipt of state General Improvement Fund (GIF) money awarded to the private college by legislators.[ii] Recently, Travis Story of the Story Law Firm filed a motion on behalf of Ecclesia College to dismiss the FOIA lawsuit.[iii]

SB373 would exempt the work product of Ballinger and the Story Law Firm concerning the GIF received by the college.

If Ecclesia College sounds familiar it may be because former state Representative Micah Neal pled guilty to a kickback scheme in the award of GIF money to the college. Former state Senator Jon Woods and Oren Paris III, the President of Ecclesia College, are under indictment.

Second, Ballinger is one of several legislators who authorized some of “their share” of GIF funds to Ecclesia College to purchase land. In 2013-2014 he directed a total of $8,500 to the college. There has been no indication of wrong doing by Ballinger in the awards. But, since one former legislator has pled guilty of kickbacks, it is a bad decision for Ballinger to be involved in legislation that could close the door on FOIA requests concerning public funds received by Ecclesia College.

Third, before moving to the Story Law Firm, Ballinger did legal work for Ecclesia College.  After allocating $8,500 of “his” GIF to the college, Ballinger did the legal work on the purchase. He prepared the deed and prepared the title insurance.  Perhaps he didn’t receive any compensation for that work, but if he did, steering legal work to Ballinger might be seen by some as a payback for his award of state GIF to the private college. Even If Ballinger had done previous legal work for Ecclesia College, sending a GIF award to a client could look bad.

Note: There is confusion over the value of the land purchased by Ecclesia College.  The grant application says the total estimated project of purchasing twenty-three acres is $565,000.[iv] The Real Estate Tax Stamp says the purchase price was $675,000.[v] The estimated market value of the property by Benton County is $204,600.[vi]

Fourth, prior to the indictments, an Ecclesia College official described Ballinger as their attorney. Again, SB373, being spearheaded by Ballinger in the House of Representatives, would draw a curtain on his “communication or attorney work product” for Ecclesia College.

Representative Bob Ballinger should reevaluate his involvement in SB373. We think the prudent thing to do, to avoid a conflict concerning this bill, is to withdraw from it.