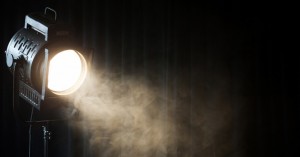 Several years ago the Arkansas House of Representative began live streaming its proceedings and committee meetings (most committees).  Every session since, there is talk about the Senate also providing live streaming but the talk hasn’t gotten anywhere.

It would be helpful to have live steaming from the Senate, but there is another streaming project that would be very helpful to the public and to legislators as well. Perhaps this other project wouldn’t have as much Senate opposition.

Why JBC and its subcommittees?

If you have attended pre-session budget hearings you have likely been in several meetings where legislative attendance was low.  Wouldn’t it be helpful if the testimony of agency personnel in those hearings were available to the public and legislators?

Is there a downside to live-streaming JBC meetings?

When the House began live-streaming there were a lot of concerns about legislative video being used as a “gotcha” tool and about some legislators becoming a camera hog.  Those have not turned out to be big issues.  The legislature even passed a law saying the video can’t be used in political or campaign advertising or for commercial purposes.

With the ability to watch House video, I been able to see some very good speeches and sometimes have come away with a more positive impression of the proceedings than what I would have presumed from just looking at the vote record.  And, yes there have been some state agency personnel who have testified before JBC who need to be seen on video so everyone can remind them what they claimed in committee.

What steps would be necessary to get JBC meetings online?

Approval: What kind of approval is needed? A bill? A Resolution?  The process could be as simple as the Speaker of the House and Senate Pro Tempore checking with their colleagues and then instructing legislative staff to move forward with the project.

Live-streaming: The legislature already has a great head start on accomplishing live-streaming of JBC meetings. The House has a great media room for controlling and processing of video of other committee meetings. The House already has a contract with Granicus to provide media online. The committee rooms used by the Joint Budget Committee and its subcommittees already have good sound systems. In fact when the House put in a video system, it considered wiring the rooms used by the JBC and its subcommittees until the House failed to get approval. (The rooms used by the JBC in the Big Mac Building are rented for the legislature by the Bureau of Legislative Research and therefore the House and Senate jointly control the rooms through the Arkansas Legislative Council.)

Audio: What would it take to put online the current audio of the Joint Budget Committee meetings and meetings of its subcommittees? Legislative staff already make audio recordings of the meetings. Legislative staff would merely have to copy audio files to a public directory.