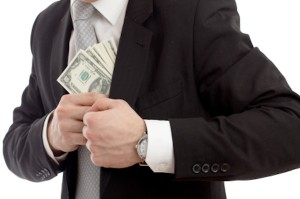 Arkansas is skimming millions from federal funds intended as the federal share of Obamacare Medicaid Expansion; which Arkansas calls the Private Option.

The estimate by the Stephen Group doesn’t even include years: 2014-2016. During this three-year period, it is probable another $100 million or more in federal funds will have been skimmed by Arkansas.

Arkansas uses the Private Option scheme to skim federal money by applying its insurance premium tax to the policies for which Arkansas and the federal government are responsible for under the Private Option. The insurance premium tax then is passed on by insurers as program expenses and results in higher premium costs which the federal government is primarily responsible to pay.

There is no legitimate government purpose why Arkansas should be able to use the scheme to skim federal money. This was no oversight by Arkansas … Arkansas set up a fund for the diverted funds. Arkansas didn’t exempt the government purchased and owned policies from the tax because Arkansas saw it as an opportunity to grab hundreds of millions of dollars in federal funds.

Is it any wonder Arkansas’ Private option plans have been called the “costliest” plans.[ii]

Federal lawmakers should be incensed by Arkansas’ scheme and by the failure of the Centers for Medicare and Medicaid Services to protect federal monies from waste.

Will the federal government seek reimbursement of the millions of dollars already diverted?