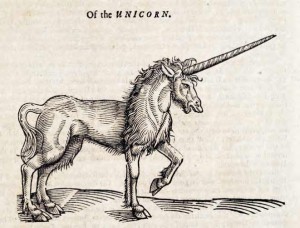 Governor Asa Hutchinson claims there will be at least a $100 million budget hole in Arkansas’ budget if the legislature fails to continue Obamacare Medicaid Expansion.[i] The program is currently known in Arkansas as the Private Option. The Governor wants to rename it “Arkansas Works.”

Finding a real “$100 million budget hole” turns out to be more elusive than the search on cable TV for aliens, bigfoot, mothman, etc.

Increases in collections from economic-sensitive taxes (4%)

Today we begin our quest for the mythical budget hole creature by looking at the largest factor in the claimed budget hole.

A state consultant list the largest boost from the Private Option as $64 million in 2017 from “Increases in collections from economic-sensitive taxes (4%).”[ii] Sounds impressive but what is it?  … It is the liberal philosophy that big government brings big rewards by stimulating the economy and generating tax money. Under this philosophy small government is never the better option. It is an odd philosophy for Republicans to champion.

Even if you ignore the speculative nature of a 4% return through taxes, in the case of hospitals, the idea that federal money will trickle down and produce significant revenue for the state is further hampered by hospitals being tax exempt organizations and by a significant number being owned by multi-state corporations.

TSG’s [The Stephen Group] contracted responsibility calls for recommendations to improve the quality and efficiency of the traditional Medicaid program while offering a solution for the future of the Private Option, while maintaining coverage for the nearly 250,000 participants in the program.[iii] (Emphasis Added)

Putting it in perspective

The “budget hole” argument is the same as the tactics former Governor Mike Beebe (Democrat) to get the legislature to adopt Obamacare Medicaid Expansion in 2013.  During 2012 Governor Beebe and his Director of the Department of Human Services, John Selig, sounding the alarm of a Medicaid budget shortfall. They claimed Arkansas would have a budget hole of hundreds of millions of dollars if Arkansas did not adopt Obamacare Medicaid Expansion.

Once Medicaid Expansion was adopted as the Private Option the talk about a budget hole ceased. Plus, despite all the cries in late 2012 early 2013 on the budget hole, Governor Beebe and the legislature agreed to the distribution of over $340 million dollars in General Improvement Funds.[iv] If the budget hole had been real how could it have been solved by a program that wouldn’t even begin for almost a year? Very curious!

Today’s “budget hole” claim is just the second verse and it is the same as the first.

For more on the claim Obamacare Medicaid Expansion is the answer to the alleged “budget hole” see:

Will the federal government demand the return of hundreds of millions of dollars?