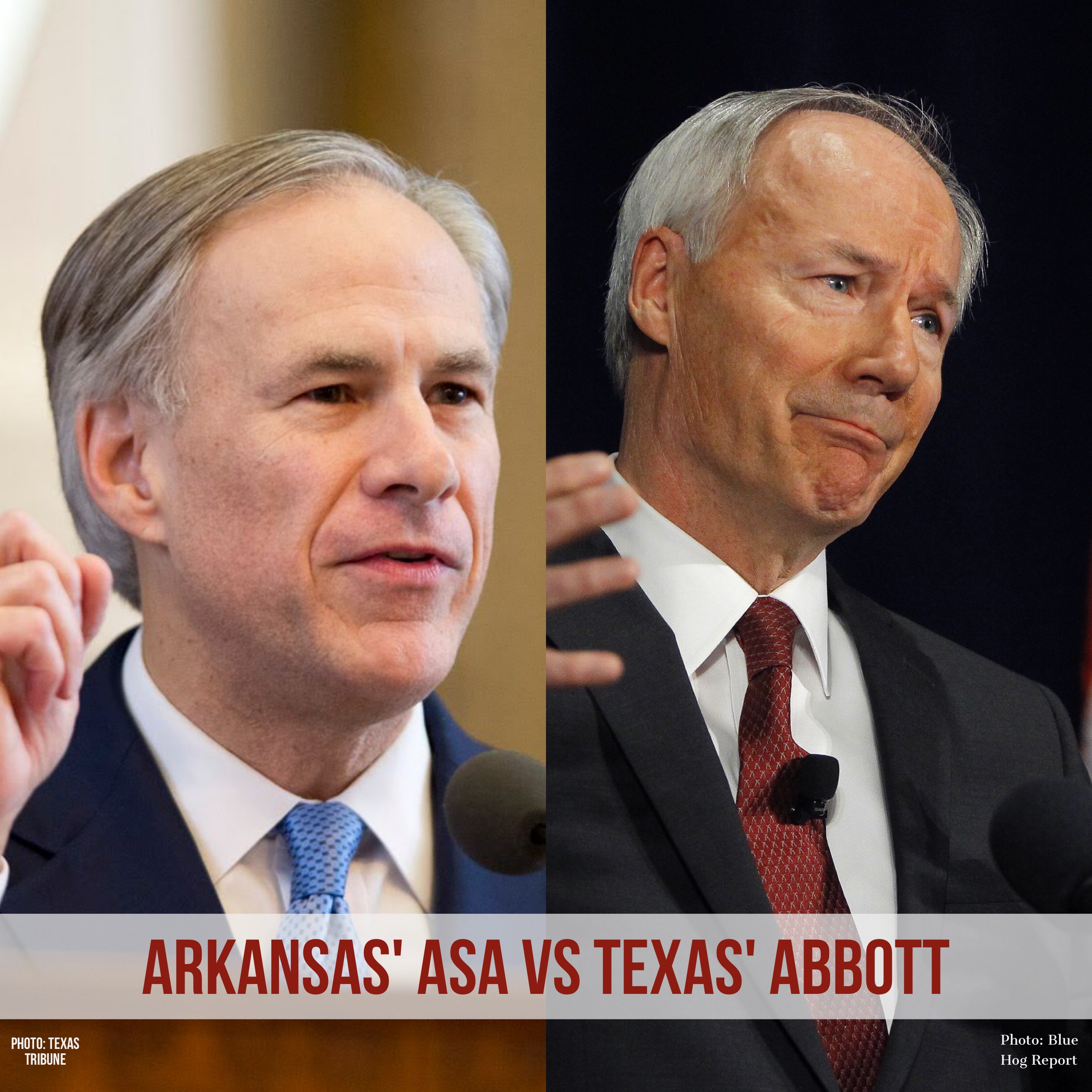 Arkansas has more Republicans in the state legislature than Texas and voted for Donald Trump 8 points higher than Texas did.

It is past the time for platform Republicans and principled conservatives elected to represent the people to stick to their promises and principles so that Arkansans can reap the benefits of economic freedom, limited government, and individual liberty.  If Texas can do it, Arkansas can do it. We have seen this past session that when platform republicans stick together they can defeat huge tax increases and have success.

The Texas legislature is now in a special session to consider 18 agenda items laid out by Texas Governor Greg Abbot. These 18 agenda items are clear, platform Republican, conservative policy issues. These agenda items include:

The full list can be found HERE from an EmpowerTexans article. According to EmpowerTexans, this special session agenda was a direct response to establishment, big government republican leadership in the Texas House stopping conservative reforms that were passed by Lt. Governor Dan Patrick and the Texas Senate. That’s right, a conservative Governor is standing up against big-government republicans in the legislature. So – it can be done!

When you look at that list you can’t help but notice the clear, conservative agenda that Governor Greg Abbot has laid out. So, why is it that a state like Texas with a Republican governor can have this display of principled leadership while Arkansas’ republican governor continues supporting tax increases and the continuation of Obamacare in Arkansas?

Now, some might say that Texas is more conservative than Arkansas, but let’s consider these data points:

Arkansas Republicans control 74.8% of ALL legislative seats in the General Assembly.

Texas Republicans control just 63.5% of ALL legislative seats in their legislature.

Donald Trump got 60.57% of the vote in Arkansas

Could it be that the leadership among the Arkansas House and Senate Republicans are afraid to go against Governor Asa Hutchinson but not against the voters?

Texas recently passed a budget that came in below inflation and population growth. Arkansas government experienced a year of record revenue, and when running short on cash, and Arkansas’ governor says we have a revenue problem, not a spending problem.

How does this record fly in a more republican state than Texas?

It is time for Arkansas to become more like Texas. Copying their work to cap the growth of government would be a great place to start!