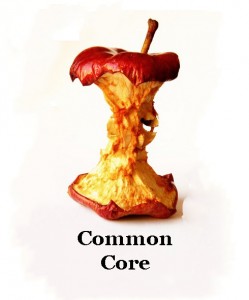 Common Core is hated by many teachers, parents, and students. Social media is full of examples of the crazy and inefficient way Common Core teaches math to our children. When the Family Council released its candidate survey for the 2016 primaries, it was evident from the survey many politicians see Common Core as toxic and many responded they opposed the federal Common Core.

With so much opposition to Common Core will it be on the legislature’s chopping block? No – it is headed to the beauty parlor for a fresh image.

Parents and teachers are headed to defeat for one reason: “THE LOVE OF MONEY.” Common Core comes as a carrot and stick – federal money. Politicians love the money more than the children of our state.

Indiana was the first state to repeal Common Core.  Almost immediately the federal government sent a letter to Indiana officials warning them that Indiana must have standards that are as challenging as the Common Core standards or the state will lose federal No Child Left Behind funds. [i]

We wish it wasn’t so, but what Common Core opponents will be offered is a new name for Common Core and some program tweaks that are carefully crafted to stay so close to the Common Core standards as to continue to qualify for the federal money.

If you oppose Common Core and want to know how the Governor and legislature will respond to your complaints, all you need to do is watch how they handle the Obamacare Medicaid Expansion in the Special Session of the Legislature scheduled to begin April 6.

Both Common Core and Obamacare Medicaid Expansion programs are on amazingly similar paths.

The plan for both programs is to claim tweaks are something significant while continuing to run the federal maze to do anything to keep the money flowing.

Common Core is like “Hotel California” – “You can check out any time you like but you can never leave.” States wanting to check out are faced with two choices: (1) leave in name only; or (2) leave behind federal money. That leaves only one question: will the new name for Common Core be as catchy as the new name for Obamacare Medicaid Expansion?