Arkansas has a holiday on the third Monday in January to observe the birthdays of both Dr. Martin Luther King, Jr. and Robert E. Lee. Who would have thought that a joint holiday would have been established for these two men?

This is the first of two articles. These articles do NOT address how or whether to undo this holiday combo. It is a controversial issue and I will leave that to the politicians.  The goal of this article is ONLY to explain how we got into this situation.

Some people think the joint holiday idea was some racist plot to diminish Dr. King’s observance.  They are wrong. The legislation was proposed on behalf of the Legislative Black Caucus.

Not many people know the history of this unusual holiday combo. I recall the history because at the time I was an attorney for the Arkansas General Assembly, and legislators came to me to draft their legislation to create a holiday.

(NOTE: I still keep those conversations confidential, so I will use only public information and what was common knowledge at the time in explaining the events.  I am not naming the individual sponsors of the 1983 legislation because, although I recall which legislators were involved in the drafting, I do not have a copy of the bill showing who ultimately sponsored the legislation.  Legislation before 1987 is not available in digital format and is kept in a vault at the Capitol. ) 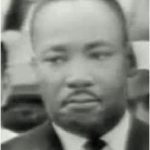 Did you know that for a short while Arkansas observed a holiday devoted only to Dr. Martin Luther King, Jr. It was on his actual birthday – January 15. The holiday was created by Act 833 of 1983.

Yes, there were legislators who did not want to create a holiday for Dr. King, but their opposition was not the big challenge. The problem was choosing between either paying for an additional vacation day for state employees or ending the Robert E. Lee Day. The caucus achieved most of their goals by navigating between these two issues.

Taking away something is always harder than giving something.  The same is true of holidays. If a holiday was to be eliminated there was only one possibility – Robert E. Lee’s Day.  All other Arkansas holiday closures are on federal holidays. In 1983, the idea of ending the Robert E. Lee’s holiday to create a Dr. Martin Luther King, Jr’s holiday would have been difficult (impossible).

To work around these issues, the idea was floated of creating a new holiday by having state offices remain open on both Dr. King’s birthday and Lee’s birthday, and allowing state employees to choose which day to take off. But this plan would have put the King and Lee holidays in direct competition.

To avoid a direct competition between the two holidays the plan got more complicated. The legislation: 1. Declared Dr. King’s actual birthday a state holiday; 2. Kept state offices open on both Dr. King’s holiday and Lee’s holiday; and 3. Kept the number of state employee days off the same by allowing state employees to choose to take off on two of three days: 1. Dr. Martin Luther King’s birthday, 2. Robert E. Lee’s birthday, and 3. The vacation day declared for a state employee to observe his or her birthday. The holiday for the employee’s birthday is not a real holiday and doesn’t involve an office closure. It is just a vacation day taken on or after the employee’s birthday and should never have been in the holiday list.

Adding the employee birthday to the options kept the plan from being a direct competition between King and Lee holidays.

It should be recognized that the plan could not have come together but for the legislature’s willingness to in effect demote Lee’s holiday by not closing offices on his birthday. Demoting Lee’s day was only possible because state offices would not close for either holiday.

This meant when the legislature met again in 1985 the holiday issue was going to come up again. All the same issues would have to be dealt with again but the floating nature of the federal holiday presented a new problem – sometimes Lee’s birthday observance is the same day as the federal holiday for Dr. Martin Luther King Jr.

PART 2 OF THIS ARTICLE will explain the background of the Legislative Black Caucus’ 1985 legislation which created the current joint holiday for Dr. Martin Luther King Jr. and Robert E. Lee.  PART 2 will also review past efforts to separate the joint holiday.