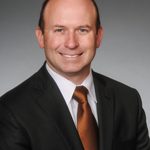 Former State Representative Micah Neal pled guilty Wednesday in a kickback scheme in the awarding of General Improvement Fund (GIF) grants. The plea came at the end of his term of office.

In return for his approval and support of one grant of GIF money he received a bribe of $20,000 and received $18,000 following another grant. His statement implicated unnamed individuals, including a State Senator, a lobbyist, and a consultant, in addition to the entities that received the funds.

What is the General Improvement Fund (GIF) and why is it susceptible to abuse?

General Improvement Fund (GIF) is merely general revenues that have been shifted to the special fund at the end of a fiscal year. The original idea for GIF was to set aside some money for important projects that should not be included in an agency’s regular budget.

A cut for individual legislators

During Governor Mike Huckabee’s administration Democrat legislators took over a large portion of the General Improvement Fund for the pet projects of individual legislators.

Appropriation acts for the pet projects of individual legislators were determined to be unconstitutional as a violation of the Arkansas’ prohibition under Art. 5, Sec. 24 against “local and special legislation.”  Instead of ending the funding of legislators’ local projects, the legislature made the process even worse by taking the process underground by funneling the money to state agencies and regional planning districts where each legislator’s share of the money would be spent at the direction of the legislator.

The new system of laundering the money through state agencies and entities to pet legislative projects, made it possible for Representative Neal and the unnamed Senator to use “their” money to get kickbacks.

The system has mostly been used as a political tool to obtain local publicity for a legislator in awarding a grant to a local organization and gaining the loyalty of members of organizations receiving the money. Awarding GIF grants also leaves open the potential of using grants as payback for political support.

A cut for the Governor

Neal’s case “strengthens the concern that GIF funding — while it can be used well — in circumstances it can also be used and it’s a gray area and for that reason — and the fact that we’ve got a lot of needs in our state — the current balanced budget that I presented does not have any GIF funding” to be distributed by the Legislature for local projects, Gov. Asa Hutchinson said Wednesday. – Arkansas Democrat Gazette[i] 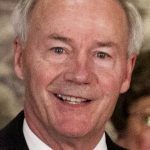 The Governor’s statement focuses on discretionary spending of GIF by legislators while omitting the fact that the Governor receives many millions of dollars in discretionary funds from GIF.

The Governor uses the Rainy Day Fund for his priorities. All he has to do is get the rubber stamp of a friendly legislative committee. Legislators don’t provide much oversight over the Governor’s discretionary funds, which is not surprising since it would be hard to criticize the Governor for his GIF expenditures when legislators are also receiving a slice of the GIF pie for pet projects. Under Governor Asa Hutchinson the use of Governor’s discretionary funds (Rainy Day Funds) has skyrocketed.

Recently the Rainy Day Fund was renamed the Long Term Reserve Fund but under either name it is merely a discretionary spending account for the Governor. It has been used to provide funds to an agency after funding was rejected by the legislature,[ii] and on occasion the money has been directed to a state agency to then give away as an incentive to a specific corporation (corporate welfare).

GIF discretionary funds for both the Governor and Legislature should end. If a program has merit, let the legislature evaluate the need and priority and appropriate the money to the specific agency and purpose by law. For example, many legislators send a part of “their” GIF money to local fire departments, but even this expenditure could be handled through formulas already in use or by a competitive application process based on need.

Even if former Representative Micah Neel and the unnamed Senator had not used GIF grant money in a scheme to line their pockets, providing discretionary funds to the Governor and individual legislators is bad policy. There seems to be much agreement from both conservatives and liberals on this matter. The legislature should get back to doing its job of evaluating each expenditure of taxpayer money and appropriating funds in a wise manner.

CFA has been consistent in opposing the use and growth of discretionary funds. It doesn’t matter if you call it: GIF grants, Rainy Day Funds, or Long Term Reserve Funds.

Some Conduit For Action articles on General Improvement Fund: