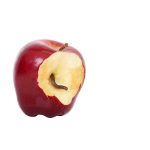 Parents and teachers have been upset with the crazy federal Common Core standards. In 2011 the legislature authorized the State Board of Education to impose these standards on your schools.

Why were Common Core standards imposed?  It was matter of trying to get more federal money.

So many people complained to candidates in 2014 that many candidates campaigned against Common Core in 2014 and perhaps in 2016.  But in 2015 and in the first six weeks of the 2017 legislative session there has been NO LEGISLATION FILED TO REPEAL IT.

Common Core was such a hot topic going into the 2015 legislative session that Governor Asa Hutchinson punted the ball down the road two years by forming a task force to study the issue.

Has everyone grown comfortable with Common Core or did Governor Hutchinson’s delay tactic work.

Repeal of Common Core has always been a long shot at best.  Why? Because politicians aren’t going to want to give up the federal money the state gets for imposing Common Core standards.

Both Common Core and Obamacare Medicaid Expansion were passed to get federal money.