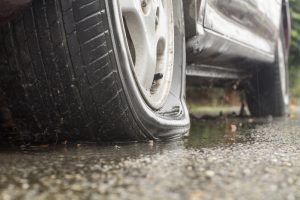 Another bill to increase taxes and impose new taxes is working its way through the legislature. HB1267 by Representative Lanny Fite (R) would raise the cost of both new and used tires. If that is not bad enough, the bill will grow government with more permits and regulations. HB1267 bill has passed the Arkansas House of Representatives and is working its way through the Arkansas Senate.

This 33 page bill GROWS GOVERNMENT with lots more regulations, under the Department of Environmental Quality, on every aspect of the business of tires.

Just one of the many ways the bill grows government is to impose an “Electronic Uniform Used Tire Manifest System.” Do you really think we need to grow government to make business owners provide a report on every step a used tire takes and have it all stored on a big computer system?

According to the Arkansas Democrat-Gazette, “Department officials have said the new fee structure could as much as double the state’s $5 million revenue in tire fees, leaving more money to send to districts in the form of grants to clean up tire dumps.”[i]  (emphasis added)

And, we would add….it also raises a lot of money to GROW GOVERNMENT and to IMPOSE NEW REGULATIONS.