Governor’s posturing: Who is taking hostages? 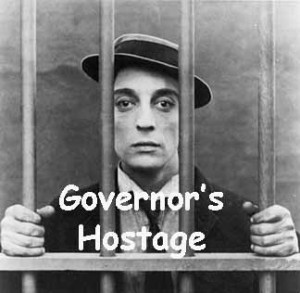 Governor Asa Hutchinson decided to hold hostage the budget of the Department of Human Services, Division of Medical Services in an effort to pass funding for his Obamacare “Arkansas Works” (which has nothing to do with “work”).  The funding bill requires a three-fourths vote of the Senate and the House of Representatives and the Governor is holding DHS-Medical Services hostage as leverage to get the required number of votes.

Does all the funding for an agency have to go in just one bill? No! In fact, in 2015 there were FIFTY appropriation bills just for various programs of DHS. Why not 51? Having 51 bills instead of 50 is not a big deal.  The BIG DEAL is the Governor demands funding for his program or he will let nursing homes close, end programs for the disabled, stop health care for children under ARKids, stop all other Medicaid funded programs, and put state employees out of work. AND, he intends to blame the legislators who refuse to fund his program.

Although it is the Governor who decided to hold these programs hostage, he is claiming those who don’t approve his Obamacare program are leading Arkansas to a shutdown of all of Medicaid. He will be aided in his version of the story by Democrats (all of whom voted for the continuation of the Obamacare program) and by the liberal media who also support the Democrat program.

For many months there have been rumors about some legislators being “allowed” by the Governor to vote “No” on the “Arkansas Works” as long as they voted for the funding bill where a three-fourth’s vote is required.  In other words, the first vote is just political posturing to fool the folks back home.  There is already an example of the political posturing.

Representative Laurie Rushing who voted against Arkansas Works on Thursday quickly declared she had voted “NO” because she promised voters but will now vote for the funding bill to keep from shutting down government. Rushing claims, she and five others will vote for the appropriation. The Governor can’t allow the funding for Arkansas Works to be a separate bill because Representative Rushing’s excuse for going against the promise she says she made to her constituents would disappear.