How far we have come: NOT
by Joe Maynard 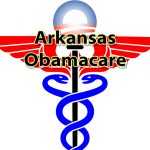 Obamacare is in the news again and the new Administration will have its hands full with all of the disinformation, flatly false claims, and doom and gloom opposition to ending the big government stranglehold that the federal government, under the democrats, have created for us all.

If we are truly for less government and more freedom, it is undeniable that the general welfare clause is being perverted beyond any reasonable interpretation by our government(s).

On the state front, we have continually opposed the voluntary implementation of the Obamacare required expansion of Medicaid for those who can work, adults, are not elderly, and are not disabled. (Socialized health care)
The US supreme court did correctly determine the states could not be forced to comply with this but a Democrat Governor and a ” republican” legislature saw fit to implement it in Arkansas anyway. (2013)

After gaining full control of the legislature and executive branch, in large part by opposing this expansion publicly and/or denying it was part of OCare, the 2015 leadership, consisting largely of pseudo republicans and “big government is smarter under republicans”, we have seen the policy continued at all costs. Reasons for this have been discovered in previous articles, look into these if truly interested in the facts.

There is no reasonable mechanism to make an expanded welfare program more conservative and the messaging will arrive shortly that there have been or will be tweaks, waivers, and additional restrictions placed on the program.
Rest assured that they will primarily be messages to retain electability but little more.

We will continue to keep our constituents informed on the messaging campaign we fully expect this legislative session. The choice seems to be to either pay close attention to each word said, and each detail in the various bills passed or voted down, OR to simply rely once again on “trust us” promises made by the leadership. How is that working for you?
We hope for the best, but experience tells us that Trust but Verify is the best method.