Earlier this year the Arkansas legislature considered several bills to increase your taxes.  Some passed and some failed. We looked at four high profile tax bills and found one thing they all had in common. In each, Republican politicians claimed they weren’t really increasing your taxes. Yet it was going to cost you money.

Hearing their excuses, we couldn’t help but think of a little boy, chocolate across his face, denying he ate the chocolate cake.

Here are some of the tortured arguments they used to claim their tax bills were not tax increases:

I. CLAIM: It’s not a tax increase because the overall plan is revenue neutral (even though your tax will go up to fund someone else’s tax break).

Let’s put that aside for the moment the BLR estimate and just assume the bill had balanced tax cuts and tax increases. Can you say the bill is not a tax increase when most people will only see an increase in their taxes?

Military retirees had worked long and hard to gain the tax exemption.  After all, a number of other states gave their military retirees the same exemption. Yet some military retirees came away from the process embarrassed and feeling used by the Governor and legislators. The tax increases in the bill meant their comrades who did not stay in the military long enough to qualify for retirement pay were going to pay more taxes. Low income citizens would get hit by more taxes and the public in general would be paying more.

Politicians pick the winners and losers. Most of the state were losers… because of the tax INCREASE.

II. CLAIM: It is not a tax increase because we called it a “fee.”

What is the difference between a “tax” and a “fee”? These days there is often no difference.  You may think of a fee being for a service or privilege.  Either way, state government taxes more of your money. A rose by any other name….

Oh, and what was the reason for the new tax?  To grow government by tracking motor vehicle tires through each step of their life cycle of use to reprocessing.

III. CLAIM: It is not a tax increase because there is an existing tax that has never been enforceable on these transactions.

The sponsor claimed the bill might generate $100 million in new tax revenue for the state.  That is an additional $100 million out of the pocket of Arkansas taxpayers. Game over -it was to be tax increase.

IV. CLAIM: It is not a tax increase because we are only authorizing the voters to pass the tax, but not telling them that is what their vote will do.

House Bill 1726 by Representative Dan Douglas was part of a two-bill plan to increase gasoline and diesel taxes to fund highway bonds. This bill would have put on the ballot a proposal to authorize new highway bonds, but the proposal would not tell voters a vote “FOR” would trigger an increase in gasoline and diesel taxes.  The tax increase was in House Bill 1727 and it said the tax only applied if the bond issue was approved. Both bills had to pass for the plan to work.

The plan was to pass the bills and then for legislators to say “No, we didn’t raise taxes, the people will decide to impose the tax on themselves at the election.”  And…. Most voters would not realize the vote increased their taxes.

Douglas’ bills did not pass. Make no mistake – those who voted for the bill were seeking to raise gasoline and diesel taxes.

Misdirection, Deception, and Semantics – Why have theses become the primary tools in the legislature’s political tool chest? 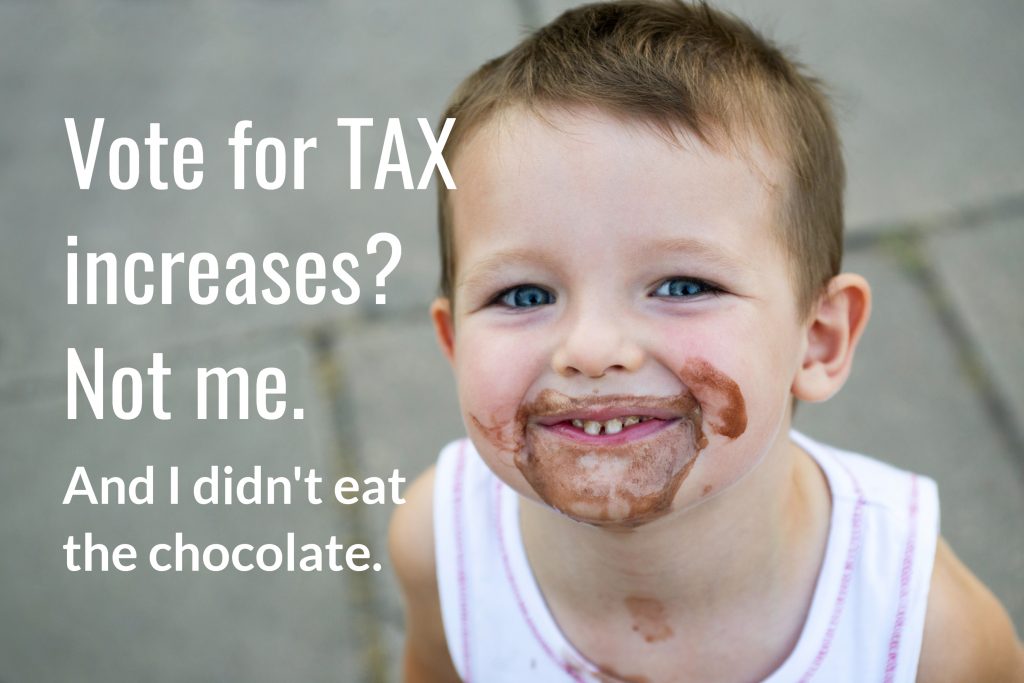