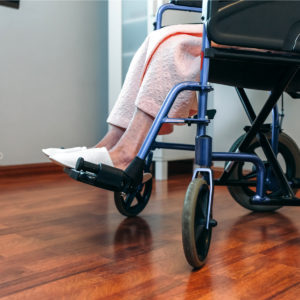 The recent wave of guilty pleas or convictions of public officials and lobbyists kicked off with a January 9, 2015 as Circuit Judge Mike Maggio pled guilty to bribery, admitting lowering a judgment against a nursing home in the death of a resident, in exchange for campaign contributions made indirectly to his election campaign for election to the Arkansas Court of Appeals. Maggio’s plea says the contributions were made by Individual A through an intermediary Individual B. Individual A would be Michael Morton, who is the owner of the nursing home. Individual B would be lobbyist and former legislator and lobbyist Gilbert Baker. Both Morton and Baker assert they have not done anything wrong.[ii]

The saying goes “It takes two to tango,” but as it stands although Maggio pled guilty to bribery there have been no charges brought against a briber. Are charges still being considered by the federal prosecutor? Was Maggio mistaken about being bribed and went to jail for nothing? We are yet to see, but in the meantime the governor returned Morton’s campaign contribution.

David Norsworthy is a business partner with Michael Morton in several nursing homes. Norsworthy’s name came up in court documents concerning Senator Jake Files. Norsworthy made an $80,000 wire transfer to Senator Files construction company in November 2014, a week after another Senator filed  SJR1 of 2015 which was a proposed constitutional amendment which would have reduced the liability of nursing homes and others.

In January 2018, Senator Files pled guilty to wire fraud, money laundering and bank fraud for pocketing state money. These charges did not deal with the wire transfer. Why the wire transfer was made is still a mystery to the public since no one seems to be talking.

The transfer drew the attention of Prosecuting Attorney Daniel Shue who asked the federal prosecutor to look into the matter to see if any federal laws were broken.[iii] Shue then requested a special prosecutor be appointed to investigate the transfer. He decided not to do the investigation in his office to avoid any appearance of conflict.[iv]

The common denominator in the two stories is – nursing homes and their desire to reduce their civil liability for injury to nursing home residents. Whether there is any criminal conduct by nursing home owners in either case remains to be seen.

There has been a tremendous effort by Morton, Norsworthy, and the nursing home industry as a whole to find ways to limit their liability. Your sympathies may be with the nursing home owners or with the families of seniors who have been mistreated, or you may have sympathy for both.

The 2015 effort to change the constitution never got out of the Senate committee.

Morton and the nursing home industry then financially supported an effort to gather signatures to get a similar constitutional amendment on the ballot and to promote the passage of the amendment. After spending big bucks on the proposal, shortly before the 2016 election the Arkansas Supreme Court said the ballot title of the amendment did not give the voters enough information and ordered that votes on the issue not be counted.

Their efforts continued and in 2017 the legislature approved a proposal to limit liability, SJR8. The constitutional amendment will be on the ballot in November as Issue 1. Nursing homes and the medical community are the prime supporters of Issue 1. One of several criticisms by opponents of the issue is that it puts a cap on the value of human life.

In addition to making contributions to candidates and spending money to promote liability limiting ballot issues, Morton is, or has been, providing financial support to the one blogger who writes numerous articles supporting the proposal.

The nursing home industry is a strong political power to be reckoned with and politicians ignore the lobby at their own risk.

Whether Morton, Norsworthy or anyone else in the nursing home industry crossed the line into prohibited conduct remains to be seen.

If we were skeptical, which we are, we might wonder if the answers will be delayed until after the November election in order not to influence the outcome of Issue 1.

Conduit hidden question:  Where there’s smoke, is there fire?