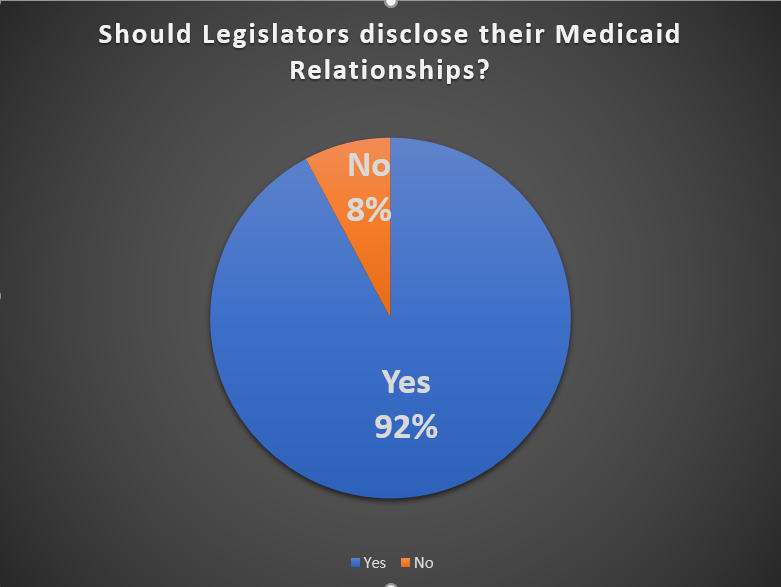 The State Agencies and Governmental Affairs Committee in the Arkansas House of Representatives rejected SB175 to require legislators and Medicaid providers to disclose their relationships.

A poll was conducted last week in the districts of the committee members who voted “NO” on SB175. The poll asked three questions.

Concerning disclosure, the poll asked: Should legislators and other officials have to disclose their business relationships with Medicaid providers?  92% said “YES” the relationships should be disclosed.  Only 8% said disclosure is not needed.

The poll commissioned by Conduit Media Group and was conducted by a professional polling service late last week.