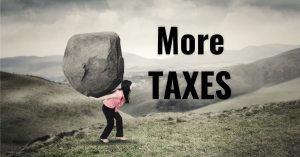 Senate Bill 140, the Internet Sales and Use Tax passed in the Senate and in House committee.  It now will be voted on by the full House of Representatives.

This is your LAST CHANCE to stop the tax. It is urgent that you voice your opinion to your state Representative.