Sen. Jake Files’ Internet Sales Tax bill (SB140) seeks to raise up to $100 million in new revenue for the state. This is money that will come right out of the pocketbooks of Arkansans and into the government coffers. How different things would look in Arkansas by taking $100 million out of the economy and placing it with the government bureaucrats.

Not only is this bad policy but it actually violates the Republican Party platform. Currently, the Arkansas House of Representatives is comprised of 76 republicans. It remains to be seen if republicans will stick to principles and the platform or give in to those interest and groups pushing this legislation.

Specifically, the National Republican Party Platform of 2016 states: “We will consistently support internet policies that allow people  and private enterprise to thrive, without providing new and expanded government powers to tax and regulate so that the internet does not become the vehicle for a dramatic expansion of government power.” 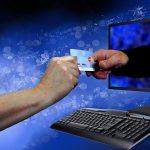 SB140 directly contradicts that platform by placing a tax at the point of sale when people make purchases online. It opens the door to further government regulation and taxation on the internet. Today it may be finished products. Tomorrow it could be a tax on data usage, streaming usage, or email usage. Once the government gets its tentacles into the internet through taxing and regulation authority, there is no telling where it could end.

SB140 has failed twice now in the House Revenue and Tax committee. But one thing that keeps happening this session is that even when a bill fails, there seems to ALWAYS be a way to keep bringing it back until they have the votes to pass it. This has happened in the committee and it looks like the sponsors won’t stop until they get $100 million in new money from the people of Arkansas.

Contact your representative and tell them how you feel about SB140, the internet sales tax.