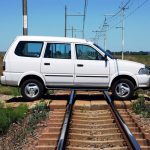 House approval of HB1465 is an amazing transformation and a victory for conservatives. Several factors appear to have played into this monumental vote:

State Representatives who voted for the freeze know they could face the wrath of Governor Hutchinson. The Governor has not been shy about attacking members of his own political party for being too conservative in his eyes.  Here are two examples from 2016:

The next big hurdle for the freeze bill is the Senate Committee on Public Health Welfare and Labor.  To pass in committee, HB1465 must be supported by five of the following eight committee members: Senators Cecile Bledsoe, Eddie Cheatham, John Cooper, Lance Eads, Scott Flippo, Stephanie Flowers, Missy Irvin, and David J. Sanders.