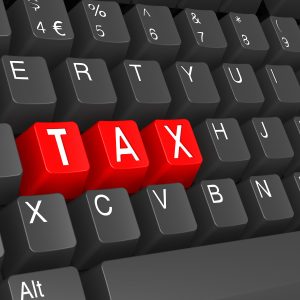 Senate Bill 140 was filed during this legislative session by Sen. Jake Files (R-SD8-Fort Smith) which, if passed, will unconstitutionally force companies who are out of state to collect Arkansas sales tax on Arkansas internet purchases.

This bill is in direct violation of established and clear US Supreme Court rulings dating back to 1967[i].  The reason behind such an unconstitutional grab for dollars according to Files is because it is expected to increase Arkansas’ annual sales tax revenues by over $100 million.

Files’ bill does not say why this additional revenue is needed other than without it, Arkansas is in “imminent harm” because of “erosion of our sales tax base.”  (The bill also offers no explanation, in spite of its dire claims, for the continued annual increase in Arkansas’ general revenues, increasing from $5.3 billion to $6.3 billion (20%) in the last nine years[ii] while Arkansas real median household income has decreased from $56,957 to $55,775[iii] during the same period.)

A solution under which Arkansas could legally force out-of-state sellers to collect these sales taxes would be through the passage of a federal law change such as being proposed by US Congressman Steve Womack (R-Rogers/Bentonville), under the Marketplace Fairness Act.  In 2014, Womack’s efforts were successfully challenged and defeated by U.S. Sen Ted Cruz—arguing it was a measure against freedom and the little guy.[iv]   Although Walmart strongly supports this bill, the Marketplace Fairness Act has continued to lack support sufficient for its passage in Congress.[v]  However, as late as June 2016, Womack continues to stump for its passage and claims the sales tax revenue under this law change would yield Arkansas closer to $150 million.[vi]

(Both Republicans, Files and Womack, call this increase in tax collections “a promised tax cut.”[vii])

No doubt to prepare the way for SB140, Files worked on the military tax cut bill (SB120) expected to pass this week.  Sen Files testified in the House Revenue and Tax Committee on Thursday that he was part of the amendment that creates a new sales tax on “digital products” such as e-books, digital movies/music and other digital downloads, again, the tax increase being placed in the bill as a way to cut taxes on military retirement benefits.

Just as alarming as growing state government by more than $100 million per year is the fact that this bill attempts to nullify existing Supreme Court law.  The bill not only charges Arkansas to act against our US Constitution but requires the taxpayers and out-of-state businesses to pay legal fees to defend and challenge the state against these clear, unconstitutional actions intentionally codified into our laws.  The deliberate passage of this law to act against the US Constitution and the anticipated legal consequences are expressly outlined in the bill itself.  It is no defense for Arkansas legislators to claim there are perhaps at least eight other states staging similar actions to this bill.  In my mind that means there are still 42 other states with integrity.

This is not a matter of civil disobedience in defense of life or liberty.  This is a direct attack on our agreement to be ruled by a nation of laws.  Arkansas needs no legislation intentionally passed to collect more tax dollars in direct defiance of our US Constitution (much less which claims it is passed in order to get a tax cut.)

Instead of our legislature working so hard to increase state revenues, why not pass a real tax incentive to move to Arkansas–pass a bill which exempts all internet purchases made in Arkansas from sales and use tax!  That is what the people want.

Please contact your legislator immediately and ask him or her to vote “NO” on SB140 (internet tax) and SB120 (includes tax on digital downloads).