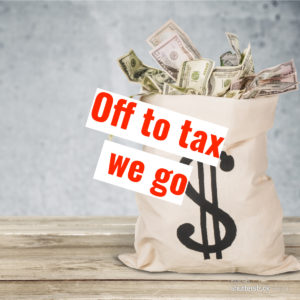 Conduit For Action tracked many bills during the 2019 legislative session, including tax legislation – some giving tax relief and too many imposing taxes.

We knew things were bad when we realized the highly touted tax relief passed this year was outweighed by the passage of even more taxes. (See: Net Tax Increase: New Tax Laws from the 92nd Arkansas General Assembly)

But, even we were shocked when we saw how many legislators voted for all or almost all of the legislation imposing taxes. To make matters even more bleak, these taxes were pushed by Republicans who we had counted on to protect taxpayers.

We will show you the bad news in the form of lists and charts of how many tax bills each legislator voted FOR.

WHAT THE CHARTS SHOW

CFA tracked and opposed six bills and one joint resolution to impose taxes. Unfortunately, the legislature passed nearly all of them, with the one exception being SB571 to raise tax money to redistribute wealth. Even that bad bill passed in the Senate but fortunately never made it to a vote in the House of Representatives.

A favorite ploy of big government legislators was to dedicate the taxes to a popular purpose, such as: highways, upgrades to get a hospital designated as a cancer center, and an upgrade to 911 systems. Then if you were against the tax, they would attacked you as being against supporting the purpose.

CFA did not oppose any of those purposes. What CFA opposed was resorting to more taxes while at the same time the state is piling more money into discretionary spending, pouring money into crony capitalism and giveaways, and still doesn’t consider a state program’s performance and importance in budgeting and instead give across the board increases.

CFA did not oppose any of those purposes. What CFA opposed was resorting to more taxes while at the same time the state is piling more money into discretionary spending, pouring money into crony capitalism and giveaways, and still doesn’t consider a state program’s performance and importance in budgeting and instead give across the board increases.

One of the tax measures on our list was a House Joint Resolution to put on the 2020 ballot the question of passing an amendment to the Arkansas Constitution to impose a ½ % sales tax for roads.  Some legislators will try to weasel out of their support for the tax by saying they were not for the tax, they “only wanted to let the people decide.”  That is ridiculous. If you oppose the tax you do NOT vote to put it on the ballot.

There may be some tax increases that are not on our list, but these are the bills we tracked and opposed and these bills will show you to what degree your legislators love passing taxes.

DID ANYONE VOTE FOR ALL THE TAXES?

With so many taxes having been passed, we wondered – Did any legislator vote for all the taxes?  That means seven measures in the Senate and six in the House of Representatives. There was one less bill in the House because SB571, which passed in the Senate, was never voted on in the House.

Almost 1/4th of the Senators and over 1/3 of the Representatives voted for EVERY TAX. Who are those champions of “tax and spend”?

While the list of legislators who voted for each tax is long, when you get to the charts below you will see many more legislators voted for almost all the taxes.

WERE THERE ANY LEGISLATORS WHO HELD THE LINE AGAINST TAXES?

There were six HEROS in the House of Representatives who did not vote for any of the taxes we tracked. Who are those heros?

In the Senate every Senator voted to impose one or more taxes.  Senator Trent Garner voted for the least – which was one.

WHAT HAPPENED TO THE DISTINCTION BETWEEN
REPUBLICANS AND DEMOCRATS?

As you look at the charts, notice that many of the tax & spenders wear the Republican label.

Although the Republican Party has done a great job in electing a super majority in the legislature, it has done a terrible job finding candidates who support the Arkansas Republican principles of:

Most legislators voted for most of the legislation for taxes. Many voted for almost every tax.

We have listed legislators by how many measures imposing taxes they voted FOR.  Click  links below for charts.

Most of the legislature is up for reelection. Candidate filing begins Monday Nov 4th at 12:00 noon and ends Tuesday Nov 12 at 12 noon.