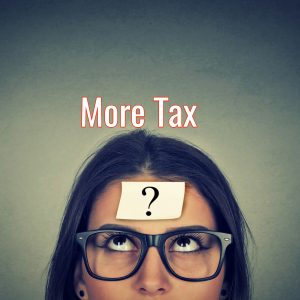 PRO INTERNET TAX. The city of Springdale passed the Arkansas’ Municipal League’s resolution supporting the passage of an internet sales tax.  The internet sales tax is being sold as a way to save local business by trying to make out-of-state sellers with no facilities in Arkansas pay Arkansas sales tax.

Note: The argument saying it will help local business is seriously flawed because the overwhelming majority of online sales are already subject to Arkansas’ sales tax, and even when Amazon (with its 43% share of the internet market) started collecting the Arkansas sales tax, the collection of taxes by Amazon did not drive people to local brick and mortar stores.

Cities are attracted to the resolution because it calls on the Arkansas or the Federal government to impose the tax, and cities are told they can get more tax money this way without taking the blame for increasing your taxes.  A federal tax is possible (who wants the IRS involved) but a state tax on sellers who do not have a facility in the state can only happen if the U.S.  Supreme Court reverses its long-standing decisions.

On July 11, 2017, the Springdale City Council voted 6-2 for the internet sales tax resolution. Here is how they voted:

“We want government to encourage the sharing economy and on-demand platforms to compete in an open market, and we believe public policies should encourage the innovation and competition that are essential for an Internet of Things to thrive” (6). “We will consistently support internet policies that allow people and private enterprise to thrive, without providing new and expanded government powers to tax and regulate so that the internet does not become the vehicle for a dramatic expansion of government power” (25).

Perhaps before your city council blindly passes the Municipal League’s pro-tax resolution, your mayor or some of your aldermen would like to see the Republican resolution.  Below is a JPEG of the resolution passed by the Washington County Republican Committee. 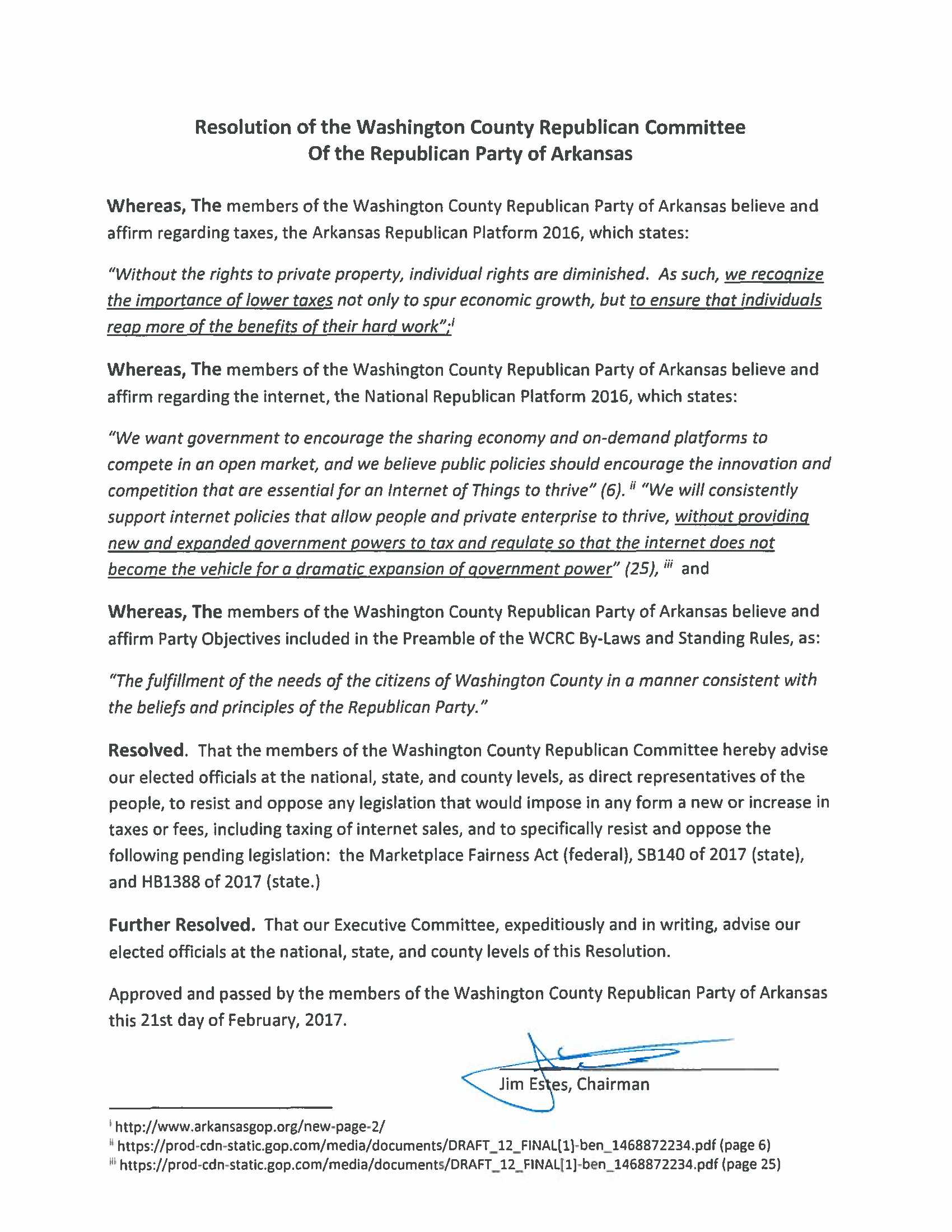