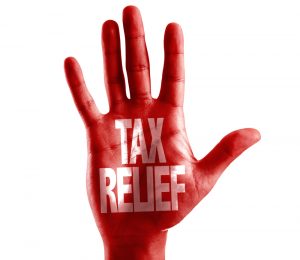 The Arkansas Tax Reform and Relief Legislative Task Force was created by the 2017 Arkansas General Assembly.  There has been much buzz about the new task force.  The membership of the task force has been appointed and work should begin soon. There is no doubt the legislators on the task force will work hard for positive change.

But, if you are hoping the task force will be focused on recommending the lowering of Arkansas’ high tax burden, you are in for disappointment. The task force name includes the word “Relief,” but don’t expect the overall tax burden on Arkansans to go down.

Instead of being about lowering the tax burden the task force is about tax shifting and hopefully some fairness within the overall tax system. Some members of the task force will want to lower the tax burden, but they do not have the essential tool necessary to do that. (The missing tool is limiting state spending.)

Here is why you shouldn’t expect the task force to have an impact on Arkansas’ overall tax burden.

We expect there to be some tax “relief” in 2019 but not because of a task force recommendation.  Instead tax “relief” will be based on the same plan used year after year. Every two years Arkansas politicians fund some small tax cut by essentially tithing back a small percentage of revenue growth, while keeping most of the new money to grow government. In addition, in some years, such as 2017, tax cuts for a select group are made by raising other taxes.

The legislation establishing the task force lists its goals. Except for the goal of modernizing and simplifying the tax code, every goal has to do with tax shifting. Here is what the legislation says:

(d)(1) The purpose of the task force is to examine and identify areas of potential reform within the tax laws of the State of Arkansas and to recommend legislation to the General Assembly for consideration during the 2019 regular session in order to:

(A) Modernize and simplify the Arkansas tax code;

(B) Make the Arkansas tax laws competitive with other states in order to attract businesses to the state;

(C) Create jobs for Arkansans; and

Did they need to create an Arkansas Tax Reform and Relief Legislative Task Force? No, the legislature already has a committee with the duty to study Arkansas taxes. The House and Senate Committees on Revenue and Tax meet jointly between legislative sessions and they have the responsibility to study and recommend changes to our taxes. Is the legislature saying the Revenue and Tax Committee is incapable of handling its duties?

The study to be done by the task force is not some novel idea. In the past, plenty of studies have been done by or for the legislature, and consultants make money.  So what about all those recommendations? Most recommendations just end up on a shelf.

The state focus is still on raising taxes.

Governor Asa Hutchinson told the public, it is not “conservative” to give a tax break and fund it with a budget cut!  Sounds like limiting the budget is off the table.

When the Governor made that statement, he was referring to legislation to give a tax break for military retirement income and for the soft drink industry. The legislation included several taxes to offset the tax breaks.  Some legislators refused to vote for new taxes.  He claimed their position was not “conservative” because it would require a budget cut. (And, you thought being “conservative” meant limiting government.)

The Governor continues to express support for increasing the tax burden on Arkansans through: 1. A proposed sales tax on your online purchases from out-of-state sellers; and 2. An increase in the taxes on gasoline to be used for highways.  Plus, he wants more of your tax money for bonds to give incentives to big corporations.  The Governor’s focus appears to be on increasing the overall tax burden not reducing it.

Does this mean there won’t be any tax relief

Some tax relief is likely with or without the task force because it happens every two years. Even while state government continues to grow, some tax relief is passed every regular session of the legislature. The tax relief over the past several years has followed the same old long-standing mechanisms:

With or without the task force, the future item of tax relief that seems to be on everyone’s agenda is some reduction in the income tax rates for middle class taxpayers. Whether this will be funded from a tithe of government’s revenue growth or whether some tax shifting will be included is yet to be seen. Budget cuts don’t appear to be on the radar for funding tax cuts.

Using tax shifting and a portion of revenue growth has not resulted in a lowering of the overall tax burden on Arkansans.

The goals of the task force legislation are to simplify tax laws, attract business, and provide more fairness. All are noble goals that should be supported by the public, but, what does it have to do with lowering the state tax burden? We suppose one could argue, if you change the tax laws in a way to attract more businesses then new businesses means more taxpayers to pay taxes and if salaries go up there would be more income to tax. Then somewhere down the road the increase in taxpayers and incomes might be enough new revenue to allow the state to reduce the overall tax burden.

Will this work?  Probably not. Consider that Arkansas has been giving away money to attract new big business and so far, bringing in new business has not served to reduce the tax burden on Arkansas taxpayers. In addition, the latest tax report shows a significant drop in tax collections from corporations. It could be argued that tax incentives given to big business has contributed to the drop in corporate tax collections.  Some legislators even point to the drop in corporate tax collections to argue tax increases are necessary.

The only other way to lower the tax burden on Arkansans is to limit government growth and cut wasteful spending. Eliminating waste and cutting budgets are no fun for politicians, but how can you reduce the tax burden as government expands to use up everything collected?

Although the task force has nothing to do with limiting government growth or cutting wasteful spending, nearly every legislative committee has a role in holding down the cost of government. They just don’t do it.

The hearings are not about the merits of the agency or the agency’s performance. Instead it is about making some tweaks and figuring out how much of an increase the state can give based on revenue projections.

When waste is found, state agencies are not penalized. Some legislators chew out the agency heads and then the legislature continues to budget as if the waste never happened.  Sometimes it even looks like an agency is rewarded for waste.  For example, the Director of the Arkansas Department of Labor was found by the Division of Legislative Audit to have spent thousands of dollars on travel expenses that could not be justified. Instead of penalizing the agency, the 2017 legislature rewarded the waste by almost doubling the department’s travel budget.

What are our legislators and the legislative committees waiting for? Someone to create a budget “task force”? The creation of a task force to direct the work of all committees and task forces?

How to enhance the work of the task force

If you want the Arkansas Tax Reform and Tax Relief Legislative Task Force to have a free hand to make major changes to our tax laws, the legislature MUST start by scrutinizing state agency programs and state agency budgets.

Ask your legislators “When are the committees you serve on going to start a real evaluation of state agency programs and expenditures with the purpose of ending unnecessary spending of taxpayer money?”