We need to talk about candidates for the Arkansas House of Representatives and Senate legislature and their stand on imposing taxes.

Yes, we know the big issue this week is Governor Asa Hutchinson using state taxpayer money to attract Chinese companies that are clients of his law firm, Asa Hutchinson Law Group. Conduit News with Paul Harrell broke that story and has followed up with extensive details.  One mainstream media outlet, KATV, is now asking questions. To get up to date on that story go to CONDUIT NEWS.  CFA will follow up later, but for today because of filing deadlines we need to talk about taxes and candidates. Candidate filing for the 2020 elections ends Tuesday, Nov 12 at 12 noon. 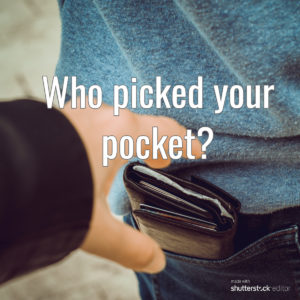 We wondered how the political parties compared when it came to votes in 2019 to impose taxes.  We know about what the parties say they stand for. But how did the legislators in the Democrat and Republican parties vote on taxes?

Here is what we found.

What Taxes Are We Talking About?

During the 2019 session of the Arkansas General Assembly, Conduit For Action tracked and opposed seven bills to impose taxes.  (One measure was a “resolution” to put a tax on your ballot but for simplicity sake we will call all the measures “bills.”)

Unfortunately, the legislature passed nearly all of them. This includes:

The only one of the bills imposing taxes not to pass was SB571 by Senator Jim Hendren. It would have added a special excise tax on cigarettes and an e-cigarette privilege tax to fund a redistribution of wealth called an “Earned Income Tax Credit.” There was nothing “earned” about it. It was a giveaway, and the giveaway looked like a deal to pay back Democrats for supporting several taxes the Governor wanted. It passed in the Senate but by the time it got to the House of Representatives there was enough opposition to the redistribution of wealth that the bill never came to a vote.

We also need to note that to help pass the taxes, several of the bills that passed dedicated the money to specific purposes.  CFA did not take a position on the causes. What CFA opposed was resorting to more taxes while at the same time the state is piling more money into discretionary spending, pouring money into crony capitalism and giveaways, and still doesn’t consider a state program’s performance and importance in budgeting and instead give across the board increases.

In the House of Representatives,

Where did the Republican majority in the Arkansas legislature stand in 2018 on imposing taxes and spending? Mostly with the Democrats.

The current state of politics is such that officeholders run on party platforms but few adhere to the party principles. Here we are talking about the Arkansas Republican platform which includes the principle “Lower taxes to produce economic growth.”

With so few following the principle, we want to again say “thank you” to these very few legislators who stood firm and did not vote for any of theses taxes:

How did your legislator vote?  Below are links showing their votes.

If you are a fiscal conservative, the 2021 legislative session will still be an uphill battle, unless incumbent legislators have a change of heart. For this to happen it would their constituents continually pressing them to listen to them … instead of listening to lobbyists (including bureaucrats).

Therefore, every seat in the House and Senate will be critical.

Even a slight gain in the number of fiscal conservatives in the legislature can make a huge difference in the fight against the current tax and spend mentality of state government. Having even a few more fiscal conservatives in the legislature could help other legislators who have been following the “yes” crowd to find the strength to say “No” to higher taxes and “No” to growing government.

WILL THERE BE A CHANGE FROM ARKANSAS’ TAX AND SPEND MENTALITY? IT ALL DEPENDS ON YOU.

THE LOBBYISTS AND BUREAUCRATS ARE ALREADY HARD AT WORK TO KEEP THE STATUS QUO. WILL YOU DO NOTHING, AND LET THEM USE MONEY AND POWER TO SECURE THE LOYALTY OF POLITICIANS, OR WILL YOU FIGHT THEM FOR CONTROL OF SPENDING AND TAXES.