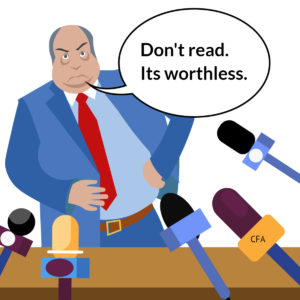 A few legislators who did poorly on the Conduit For Commerce Arkansas Legislative Scorecard 2019 have declared the scorecard “worthless.”  … Well duh. You would think the scorecard is worthless too if you are not troubled by Arkansas’ high tax burden, not troubled by increased spending of state money to reward cronies and pick winners and losers among businesses, and not troubled by state agencies that waste taxpayer money.

NOTE: If a legislator did poorly on the Conduit scorecard that does not mean the legislator is not “conservative.”  They can still be conservative on social issues while not being conservative with your money.

Conduit fills the gap by monitoring legislation affecting your pocketbook and your economic freedom.

Conduit wants to reduce the barriers to Arkansans being successful, whether it is Arkansas’ high tax burden or Arkansas’ over regulation and over licensing. And yes, we monitor ethics legislation too, because without stronger ethics legislation more of your tax money will flow to political cronies and special interests.

If you are happy with the Arkansas Republican majority growing government just like the Democrats did before them, then the Conduit scorecard is worthless to you.

Big government special interests have the upper hand in state government because they have the access and influence. Yet there are still Arkansas legislators who are willing to stand firm and try to restrain Arkansas’s bloated government.  They deserve praise and that is why we celebrate those who fought hard for you by issuing our Calvin Coolidge Awards. To acknowledge the struggle of these fiscal conservatives, Conduit For Commerce examined the voting records of Arkansas legislators and published the Arkansas Legislative Scorecard 2019.

In preparing the scorecard Conduit used an Economic Freedom Filter, which is to say we examined Arkansas legislation based on:

If you are tired of first having tax-and-spend Democrats and then having tax-and-spend Republicans, we hope you will review our scorecard. Take time to thank and encourage legislators who distinguished themselves as fiscal conservatives. Take a stand against waste and corruption!