Did you see the Arkansas Democrat-Gazette article about the new water usage tax on car washes? The new law is an administrative nightmare. Here is a link to the story.

How could the Arkansas General Assembly make such a mess out of how car washes are taxed? The car wash tax change was tucked into broad legislation dealing with several other taxes. In other words, the car wash tax probably didn’t get the attention it should have. 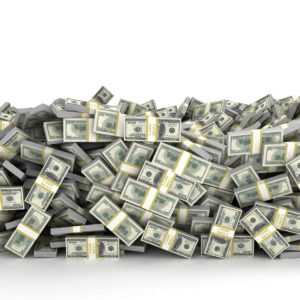 One northwest Arkansas legislator who was feeling the heat for voting for the bill that made a mess out of car wash taxes said, legislators should “stop voting for bills where we are mixing increases with decreases because, if we as a body refuse to vote for anything that is mixed like that, it won’t get proposed to us anymore and we don’t have these type of problems.”

I can’t tell whether this statement is just blame shifting, wishful thinking, or if there are legislators who are willing to stand up against omnibus tax bills, which are used to pass unpopular taxes.

Why is it bad policy to allow unrelated tax provisions in a bill? The practice might be compared to buying votes. To pass a tax, provisions concerning other taxes are inserted for the benefit of certain constituencies who will lobby for the bill. The tactic is a way to offer both a carrot and a stick to get a legislator to vote for a tax increase.

A legislator who would ordinarily vote against a tax increase may be in a bind by the inclusion of unrelated tax provisions which benefit some of his big supporters.  If the legislator still says no to the bill because it includes a tax increase, the legislator will then be portrayed as being against the portion of the bill giving tax relief. The sponsors of an omnibus tax bill know this tactic puts a legislator in a difficult spot with constituents who would get some tax relief from the bill and who don’t care if the overall tax burden on Arkansans goes up.

WHY WERE CAR WASHES INCLUDED IN THE BILL? I assume it was to get the vote of a legislator who wanted to help a full-service car wash owner compete against owners of self-service car washes.

The not very well thought out car wash provisions are just collateral damage to those whose primary goal was to raised tens of millions (more likely hundreds of millions) of dollars from the internet sales tax.

For legislators who don’t like omnibus tax bills but who didn’t buck the system, by saying no to the tax bill, the car wash provision is an embarrassment.

HOW DO YOU STOP OMNIBUS TAX BILLS? There is a simple and quick solution to much of the problem.

The Arkansas House of Representatives and the Arkansas Senate already have rules concerning the filing of bills. The House even has rules limiting how broad a bill may be by restricting a bill to a single subject and requiring amendments to be germane to the bill.

To stop tax-and-spend legislators from using omnibus tax bills to pass unpopular taxes, the Arkansas House of Representatives or Arkansas Senate only needs to amend their rules to say: tax legislation can address no more than one tax in a bill.

What do you think?  Do legislators really want to reform the way tax legislation is considered or do you think they just hope the voters forget about it so they can keep passing taxes using omnibus tax bills?