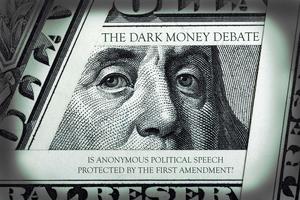 In the United States we have Freedom of Association and Freedom of Speech protected by the 1stAmendment. Speech can take various forms. It can be a person speaking. It can be written words. It can be performance art. And it can even be you giving money to a group to educate voters or engage in issue advocacy.

Lately, there has been a big push against the idea of free speech and freedom of association. Some have labeled this practice as “Dark Money”. In Arkansas those who decry Dark Money try to point to groups who spend money on issue advocacy. These groups are typically 501(c)(4) nonprofits who do not directly advocate for the election or defeat of a candidate but do educate the voters on issues and voting records of public officials.

Unfortunately, special interests and politicians themselves are trying to silence groups that speak out and educate voters or tell the people what government and politicians are doing. This effort has mainly been pushed by liberal Democrats like Barack Obama, Chuck Schumer, and Kamala Harris.

The establishment’s response has been to try and silence groups that speak out. Although they do not overtly call for the silencing of speech, they try to intimidate groups that associate together by trying to make them disclose their donors so that they may then be targeted and attacked for their speech and association.

This quiz highlights some of the main principles underlying the importance of free speech, including the freedom to associate together and spend money to get your speech out there to the masses.

Transparency is for government, privacy is for the people.

This week, Cato Institute Scholar Trevor Burrus interviewed on Conduit News Radio with Paul Harrell about the issue of “Dark Money” and you can watch that interview below.