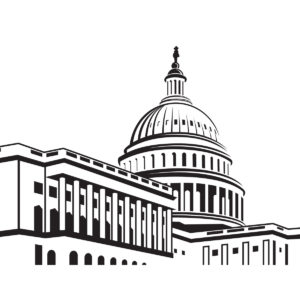 Fewer and fewer things unite Americans these days. One thing that seems to still unite us as a people is a dislike for the U.S. Congress, more accurately its poor performance and lack of responsiveness to the people.

“If you don’t like them then just vote them out?” is what we hear.  But it is not as simple as that. The high cost of campaign funding let alone countering the built-in campaign war chest available to an incumbent from lobbying interests is a huge obstacle.

Still even with the advantage of incumbency some incumbent congressmen manage to get beaten.  In 2014, incumbent U.S. Senator Mark Pryor (D) lost a reelection bid, but it wasn’t just to someone off the streets. To beat Pryor it took another member of congress, U.S. Representative Tom Cotton (R) who was also well funded, well liked, more charismatic than Pryor, and took on Pryor at a time when Republican candidates swept state offices.

In 1992, Arkansans voted for Amendment 73 to impose term limits on elected officials.  But, in 1995 the U.S. Supreme Court struck down the part of the Amendment that applied to Arkansas’ congressional delegation. The part applying to state elected officials and the legislature was left intact.  The provision on congressional term limits would have limited Arkansas’ U.S. Representatives to three terms and U.S. Senators to two terms. If you Google “congressional term limits” you will probably see one or more references to Arkansas’ attempt to impose term limits and to the name of the Supreme Court case invalidating the provision, U.S. Term Limits, Inc. v. Thornton 514 U.S. 779[i]

Arkansans don’t like to be told “no” so in 1996 the voters passed a new congressional term limits amendment, Amendment 76.  But, this one was also declared unconstitutional.[ii].

Click here for a list of current and past congressmen with the longest service.  Notice how many former congressmen died in office.

Arkansas has been solidly in favor of term limits with votes of approval in 1992 and 1996.

In response to the deception, term limits supporters recently filed petitions  to make legislative term limits stronger.  The petitions are being verified now and if the petitions have a sufficient number of valid signatures then term limits will be on the ballot again this November.