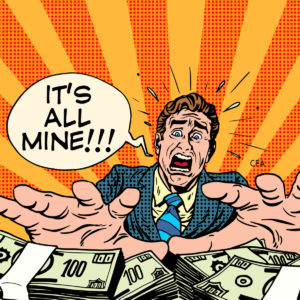 Conduit For Action exposed the plan of greedy legislators to let them divert campaign funds to “officeholder activities” and pay for apartments in Little Rock, for travel to conferences, and for other expenses. Our article was published on March 11, and thanks to your response, three days later (March 14) the lead sponsor, Senator Will Bond (D – Little Rock) amended the bill to remove much of the specific language we highlighted.

Unfortunately, the amended bill, SB258, is just as bad as before being amended. The amendment only took out specific references to items but retained broad language to allow them to grab the money as long as they call it “officeholder activities.”

Current law does not permit winners to divert campaign funds for “officeholder activities.” Campaign funds have never been about being a pot of gold to reward winners.

SB258 is a Trojan horse. The bill is being sold as increasing the penalties for taking campaign funds for personal income, but the body of the bill includes loopholes to let winners divert campaign funds.

Scheming To Get Around Agreement To End Office Expenses

In 2015, to get a huge salary increase of over 150%, the legislature agreed to eliminate state payments for home office expenses. SB258 uses the back door to regain officeholder expenses but instead of the state paying, the money will come from surplus campaign funds, which lobbyists will help supply by rounding up donors.

It Is Never Enough For The Greedy

Here is what legislators already receive:

If you think payments for mileage and per diem don’t amount to much, think again. The Democrat-Gazette released a list of the expense payments racked up by legislators in 2018. At the top of the list was Representative Jim Dotson, (R-Bentonville), who took $40,380 in expense payments. The Senator who got the most was Senator Trent Garner, (R-El Dorado), who took $35,821. Here is a link to the full list by the Democrat-Gazette.

And of course there are money making opportunities ….. and they still refuse to require disclosure of their financial relationships with hospitals, nursing homes, and other Medicaid providers.

For these greedy legislators all this is still not enough. The sponsors want more money by diverting campaign funds to supposedly pay for the vague concept of officeholder activities.

How We Stumbled Upon This Legislation

Jeremy Hutchinson, who is also the nephew of Governor Asa Hutchinson and a cousin of Senator Jim Hendren, resigned from the Arkansas Senate in 2018 after being indicted by the federal government for a scheme to take campaign funds as personal income, prohibited by the state, and also not reporting it as income on his federal tax return. When interviewed by the FBI in 2014, Senator Jeremy Hutchinson’s response was, “Everyone was doing it.”

The “Leader” Who Was Going To End The Culture of Greed

“the culture of greed and corruption is over. We will not participate in it. We will not ignore it, and we will not tolerate those who do.”

“The change in culture will be led by those sitting here in these chairs this afternoon. It is made by changing our expectations and setting higher standards. It is made by holding ourselves and each other accountable. I know we can do it. I know we will do it.”

But those were meaningless words. Hendren is a cosponsor of this greedy money grab.

Are you going to remain silent while they pass SB258 to grab the money?