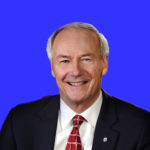 This was the general idea that liberal editorial writer, John Brummett, wrote about prior to the 2014 election.  In his June 17, 2014 column, Brummett wanted to let his liberal friends know an Asa Hutchinson victory for Governor would not be as bad as liberals feared. In fact, he saw Asa as having a better chance than Ross for continuing Obamacare Medicaid Expansion in Arkansas. (The program provides health coverage primarily to… able bodied working age adults who don’t work.)

Brummett said Hutchinson would keep the big government program even though Asa was trying to “finesse” the issue by being noncommittal. Brummett characterized Asa’s posturing as “pandering to the right wing.” (“Right wing” – you know- the Republican Party.) (We could write volumes on Asa’ constant posturing and his use of “carefully crafted language” but let’s stay on the subject of why Brummett saw Asa as having a better chance of continuing Obamacare Medicaid Expansion.)

Brummett saw Asa as having the better chance of keeping the big government program, because Asa could operate within the Republican Party to co-opt some Republican legislators to vote for it. Ross would not have had that leverage with Republicans.

The debate about the private-option form of Medicaid expansion has been a factor in the Asa-advantaged inertia.

Ross is fully committed to working as governor to continue the private option. Hutchinson says he’ll do the right thing and that we need, you know, to, uh, study this sonofagun closely.

Discerning observers know that Hutchinson is simply trying to finesse the issue to keep his right flank from frothing.

Discerning observers know he is going to keep the program after putting some conservative-seeming bow on it.

As I’ve written, because it’s true, Hutchinson could succeed more easily than Ross in getting a decisive few Republicans to vote for the private option.

That lets Hutchinson get away with pandering to the right wing while also giving him implied credit for doing the right and pragmatic thing.

Loyalty to a governor who is a member of your own party is a big factor.  It is not just an Asa thing.  You might recall in 2013 several Democrats who had voted for pro-life bills, dropped their support for the legislation once Democrat Governor Mike Beebe vetoed the bill.  Some Democrats just walked out of the House chamber to keep from having to vote on the override of Beebe’s veto. Beebe moved some Democrats to the left on the abortion issue.  Asa also moved some Republicans to the left on Obamacare Medicaid Expansion.

Brummett’s assessment of Asa’s intention and his ability to pass big government legislation was correct. In 2015, Governor Hutchinson successfully delayed an attack on Obamacare Medicaid Expansion by punting the ball down the road with a study (a study which by its very terms was designed to continue the Obamacare coverage). In 2016 Hutchinson got the Obamacare program extended indefinitely, giving it a new name “Arkansas Works.”

Brummett’s 2014 observations raise the question: If Asa had lost to Democrat Mike Ross, would the Republican majority in the Arkansas legislature have passed a more conservative agenda, by sticking together against a Democrat?

This seems likely. Looking at Asa’s record, it is clear he has been able to work within the party to hold back conservative legislation – getting many Republican legislators to support taxes and growing government, and he has been able to defeat or weaken several socially conservative bills. For some examples see the article “In Defense of Governor Asa Hutchinson (NOT)”