High Arkansas taxes have consequences. According to the Tax Foundation Arkansas is one of the higher tax states in the nation. Arkansas’ high taxes make it difficult to attract new businesses. This means Arkansas must rely on incentives (giving away money) to attract business and you pay the bill. 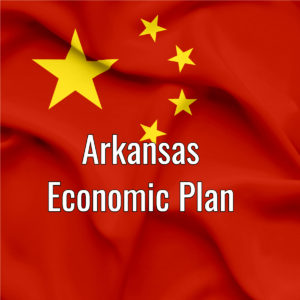 The big economic news in 2017 was Governor Asa Hutchinson’s trips to China and announcements that (thanks to financial incentives you pay for) Chinese businesses will open manufacturing plants in Arkansas.[i]

With Arkansas’ high taxes and Governor Asa Hutchinson supporting more taxes, apparently Arkansas’ current best hope for adding jobs in Arkansas is to give away your tax money as incentives to businesses from China.

Here is what the “best hope” looks like.  The Chinese government recently destroyed the Golden Lampstand Church, which was a Christian church reportedly having 50,000 members.  The destruction of the church is not an isolated event.  For example, in late December the Chinese destroyed a Catholic church in the same province.

Here is one of the many videos showing Arkansas’ “best hope” destroying the Golden Lampstand Church. This video is from the Guardian.

Instead of relying on business from places that destroy churches and persecute Christians, Arkansas needs to reduce taxes to make it an attractive place for American businesses to locate, for Arkansas businesses to grow, and a better place for people to work and live. Yet, Arkansas is still on the path of maintaining high taxes or even increasing them. For example.

Same plan – high taxes and giving tax dollars away to attract businesses from a country that  is the destroyer of churches.

ARKANSAS’S HIGH TAXES HAVE CONSEQUENCES. Tax and spend politicians are counting on you to let them stay in office and continue high taxes.