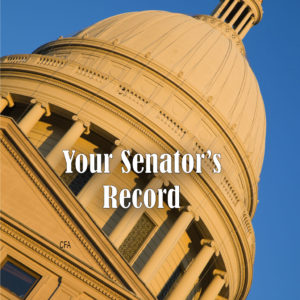 Conduit For Action monitored Arkansas legislation this year. We primarily focus on legislation affecting your economic freedom.  We apply what we call the “Economic Freedom Filter,” which means we analyze legislation that does the following:

How did your state Senator vote?  Check out their votes using this link – Senate Votes.