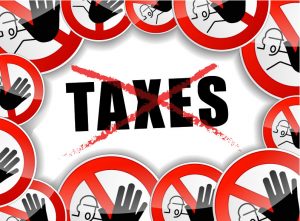 To the disappointment of the Governor, Walmart, and lobbyists for bigger government, the Internet Sales Tax (SB140), failed Monday by a vote of 43-50 on the Arkansas House floor.  This vote marks the first time in our history that the peoples’ voice against taxing the internet has been reflected in a vote by a full chamber of the Arkansas General Assembly.  Times—they may be A-changin’? [i]

Although preserving the internet from government control is a hard-fought battle by “the people” nation-wide, for now this vote saves the Arkansas taxpayers more than $100 million a year in increased taxes.[ii]  Arkansas House of Representatives likely recognized this unconstitutional bill would not only embroil the state in expensive federal litigation but would expand the size and reach of government beyond the tolerance of their now over-burdened constituents.

While it may be a temporary win for Arkansans, lost in the debate this session has been the fact that this bill is the second attempt at taxing the internet by our Legislature.  In 2011 a similar bill (SB738) sponsored by Sen Jake Files was passed and signed into law by Governor Beebe. [iii]  This session there was no discussion as to why the previously SB738 (now Act 1001 of 2011) had not adequately brought into the state the needed lost revenues (or why many current Republican legislators have changed a “no” to a “yes” vote since 2011.[iv])

Ignoring Act 1001 of 2011 and issues it brought to light[v], Rep. Dan Douglas sponsored and presented Sen Files new SB140 four times before finally getting it out of the House Revenue and Tax Committee.  Files had already passed it through the Senate early in the session with a 23 to 9 vote.[vi]

The day following Monday’s vote, while bragging on the success of the session due to its reduction in taxes, Governor Asa Hutchinson assured the public that they would continue to get the new gas tax (effective $.10/gal increase) passed and the internet sales tax will live to fight another day, repeating the cliché of its supporters by calling it a matter of fairness.  “This will be resolved. It is just a matter of time,” he said. “I had a number of legislators that came up to me and said they want to continue to work on that, so we’ll see when that can be addressed in a future legislative session.”[vii]

Only Arkansas voters can preserve the internet of the future[viii] by keeping it out of the hands of those wanting to tax and control it…(The Governor is looking for 8 votes.)

Contact those who voted “yes” and “not-voting” and ask them to change their vote to “no.”  Also, knowing the pressures from the Governor, contact and thank the legislators who voted “no” and assure them you will support them as they keep promises to you to not raise taxes.[ix]

Legislators Voting ‘NO’ on SB140, the Internet Sales Tax: