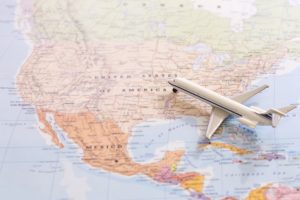 Last December, Arkansas’ Legislative Audit determined the Director of the Arkansas Department of Labor had used travel money inappropriately and some of his trips appearing to be vacations with an impromptu meeting added for cover. The following quotes are from the Arkansas Democrat-Gazette:

“The director of the Arkansas Department of Labor traveled five times out of state between January 2015 and Sept. 1, 2016, without any beforehand approval at a cost of $5,918, and some expenses were questionable or unrelated to his job, a state legislative auditor told lawmakers Thursday.

“On two of the out-of-state trips, it appeared that Jones scheduled personal trips and then subsequent business-related meetings, said Deputy Legislative Auditor Jon Moore.” [i]

The auditors also questioned the director’s leave records and absences. At least one legislator called for the director to resign.

How have the Governor and legislature responded to this waste? By rewarding the director for his waste.

The Labor Department’s annual CONFERENCE & TRAVEL appropriation has been raised from $22,750[ii] to $ 42,395.[iii] That is almost a 100% increase. How does this make sense? Last year’s travel budget was large enough to make it a target of the director’s waste and abuse. So, the answer is to double the travel budget?

Eliminating waste, fraud, and abuse makes a good talking point. Guess that is about all it is.