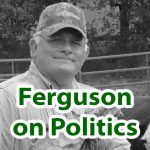 The Arkansas House of Representatives refused to go along with Governor Asa Hutchinson’s goal of imposing an internet sales tax on your purchases from out-of-state businesses.  But the tax and spend crowd have not given up.  The Arkansas Municipal League is pushing cities to pass a resolution to support the tax. Their goal is to use your city to pressure the legislature into passing the tax.

Several cities have been talked into passing the resolution. Mayors and aldermen think this is a way to get more tax money without having to take the blame for actually imposing the tax. Mayors and aldermen need to be aware how damaging this tax could be to their small businesses.

THE DREAM BEING SOLD is one where Arkansas passes an internet tax and the tax would help Arkansas businesses compete because currently out-of-state sellers do not collect Arkansas sales tax, unless the business has facilities in Arkansas. The “dream” is short sighted and ignores the consequences of Arkansas passing such a tax. 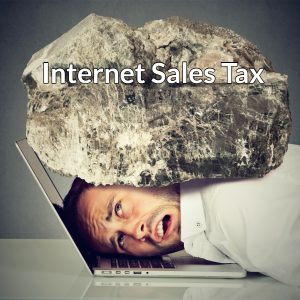 If the genie gets out of the bottle, other states will quickly impose them too. Once other states pass similar taxes, Arkansas’ small businesses will have to collect out-of-state taxes and compliance will be a huge burden on their ability to engage in interstate commerce.

Many Arkansas brick and mortar stores have discovered they can supplement their business income by offering some products over the internet.  Many in-home businesses in Arkansas rely exclusively on the internet to sell their products.  Such businesses could be forced out of the internet market because they can’t afford the cost and time required to comply with the internet sales taxes of multiple states.

It is not just a matter of a small business having to figure out which tax rate applies in each state and cities in those states. It is also a matter of having to comply with each states’ sales tax forms, regulations, and collection schedules. Mom and pop stores would have to deal with the fact that tax exemptions, tax holidays, and tax definitions differ from state to state. To comply with this governmental nightmare, Arkansas mom and pop stores will have to purchase constantly changing computer software just to keep up with the tax requirements of other states. Huge businesses like Amazon and Walmart can absorb this cost, but can your small business absorb this kind of cost and paperwork?

Tax and spend proponents may answer, “We will set thresholds, and stores with fewer sales will be exempt.”  Yes, it is possible for states to pick winners and losers through setting sales thresholds, but Arkansas cannot set the thresholds used by other states. Each state would set its own threshold to determine which businesses must collect tax and which businesses are exempt.  Your store might be exempt in some states but not in others. Even if your small business is initially exempt, how long would it be before the tax and spenders in other states want even more money and decide to reduce the threshold to include your business?

As a small business, you could find yourself having to scale back your business goals just to avoid exceeding arbitrary sales thresholds in other states because of the cost government red tape growth could bring.

The only winners will be the politicians who want more money to grow government, and the big box stores that already collect sales taxes in many states because they have a physical presence in those states.

The losers will be small businesses having to deal with higher costs of doing business over the internet, and consumers who have their buying power reduced because they must pay more tax.   (State Senator Jake Files estimated his failed internet sales tax bill would have taken $100 million a year from Arkansas consumers.)

The Arkansas Municipal League has already talked several cities into passing the resolution. If your city is one of them, it is not too late to ask them to reconsider what they are doing to Arkansas small business.

If your city has passed the resolution, you deserve to know who made the motion and how your officials voted.