Strike up the band! Start a parade! Have you heard the news? This year the Arkansas General Assembly passed a law to exempt military retirement pay from the income tax.

So why isn’t Conduit For Action joining in the celebration? Conduit For Action supported a proposal to exempt military retirement pay from income tax, but did not support this SNAFU because it used veterans as pawns to raise the tax burden on Arkansans. 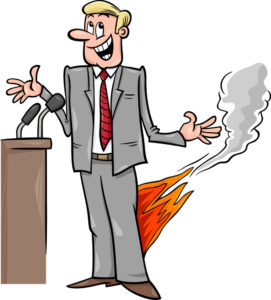 While politicians are patting themselves on the back for providing some tax relief to veterans who are receiving military retirement … their celebration of the legislation is a lie by omission.

Instead of reducing the tax burdens, the legislation increased the tax burden on Arkansans. Even veterans with military retirement pay will have some of their tax benefit eroded by new taxes in the bill.

WHAT THE BILL DID AND DID NOT DO

The military retirement pay exemption was passed as HB1164 by Representative Charlene Fite and became Act 141 of 2017.

The benefit to veterans with military retirement pay is the only part politicians want to talk about.

When pressed further, Governor Asa Hutchinson and some state legislators will tell you the bill also includes an “offset” to balance the budget.  What they mean by “offset” is NEW TAXES. For most Arkansans all you get under the legislation is the privilege of paying new taxes.

Politicians can’t even be straight with you about the “offset.”  It is more than an offset – it is a $5.9 million tax increase on Arkansans.

THE BILL IS A TAX INCREASE – SO WHERE DOES THE MONEY GO?

Could the $5.9 million tax increase have been just an accident because of a bad calculation in putting the bill together? NO!

The very first two sections of the bill are not about a tax cut.  Instead they are about transferring tax money to the Medicaid Trust Fund. How much will be transferred?  Would you be surprised if I told you $5.9 million?

The politicians who just can’t stop bragging about the military retirement pay exemption scammed you. They used our appreciation for our veterans as a front to raise taxes. Instead of honoring veterans the politicians used veterans as pawns to tax us more.

WHAT ARE THE NEW TAXES AND WHO MUST PAY?

The legislation added these new taxes:

There are issues with each of these taxes; for here we will only address two reasons why the sales tax on soft drink and candy is especially disturbing:

Who will pay the new taxes? Everybody, even veterans who qualify for the military retirement exemption.  It is disturbing that most veterans who served honorably, perhaps with difficult and distinguished service only get more taxes.  Our active military also get …. more taxes. Everyone gets taxes from the legislation.

THE OTHER TAX CUT IN THE LEGISLATION

Politicians spend lots of time bragging on the average $462 benefit provided for veterans who have military retirement pay, but they don’t tell you about the other tax benefit in the legation.  The legislation provided a special benefit for soft drink manufactures. Yep, you pay for that too.

Governor Asa Hutchinson said he had to have the “offset” to support the bill. (Which we now know is a $5.9 million tax increase.)  Here is how the legislators voted:

BRAGGING WHILE OMITTING THE FACTS.

Some legislators are bragging on this legislation as a big accomplishment.

What do you think about these politicians who used veterans as pawns to raise taxes by $5.9 million a year?