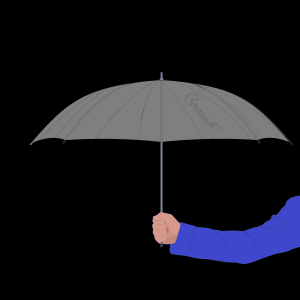 Never, never, never rely on the title of Arkansas legislation!

For example, fiscal conservatives learned the hard way after relying on the title of Senator Jim Hendren’s SB343 of 2015 which said it was prohibiting the establishment of an Arkansas-based Obamacare Exchange, but Hendren’s legislation still allows the creation of such an exchange and, in addition, the agency created to establish a state based Obamacare exchange still exists and is still spending money.[i]

The establishment of the “Rainy Day Fund” is another example of a bill with a deceptive title. In the case of the Rainy Day Fund, the deception may have been more of an overstatement. The Rainy Day Fund was proposed as HB1066 of 2007 (Act 1055 of 2007) and the title of the bill read:

AN ACT TO PROTECT THE OPERATIONS OF ESSENTIAL STATE GOVERNMENT PROGRAMS BY ESTABLISHING TRANSFER PROCEDURES TO AND FROM THE ARKANSAS RAINY DAY FUND.

Although the title of HB1066 reflects the concern of legislators at the time, the sponsor, Bruce Malloch, failed to include any limitations on how the fund could be used. This means the Rainy Day Fund can be spent not only to protect “essential services” but also to fund any whim a governor might put on his wish list. To spend the money, the Governor only has state the “need” and the amount to be transferred and request approval from the Arkansas Legislative Council, which has served as a rubber stamp for Rainy Day Fund requests.

In a recent interview on the Paul Harrell Program , David Ferguson, described the environment that produced the Rainy Day Fund. In 2007 the legislature still only met once every two years. A number of legislators had become frustrated over the difficulty of projecting state needs over a two-year period and found it impossible to anticipate the state of the economy two years in advance. Two very different plans came out of the 2007 legislative session.

After the people adopted the amendment for annual budgeting, you might expect the legislature to end or reduce the Governor’s discretionary fund that was created to deal with the two-year cycle. However, that did not happen.

Here’s the situation as we understand it:

The Rainy Day Fund was recently renamed the “Long Term Reserve Fund” without any real change being made on how the funds may be used. It is still a rainy day deception. And, it represents the lack of sensible state budgeting.

Republicans are supposed to be more fiscally conservative than their Democrat counterparts, but we are not aware of any move to refine or improve the budget process.  It is a situation we think should be remedied.

For more information, see Rainy Day deception – Part 1 and Save it for a rainy day: Rainy Day Deception Part II.

[i] AN ACT TO PROHIBIT THE ESTABLISHMENT THROUGH STATE LAW OF A STATE-BASED HEALTH INSURANCE EXCHANGE IN THIS STATE UNDER THE PATIENT PROTECTION AND AFFORDABLE CARE ACT AND THE HEALTH CARE AND EDUCATION RECONCILIATION ACT OF 2010; AND FOR OTHER PURPOSES.