SAVE IT FOR A RAINY DAY:
Rainy Day Fund Deception – Part 2 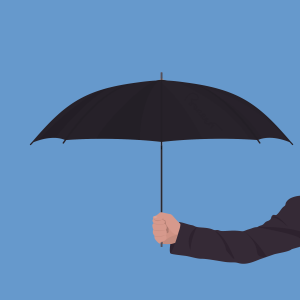 Earlier this year Governor Asa Hutchinson called a special session of the legislature to give additional funding for highways. An idea that was discarded even before the session, was to shift some of Arkansas’ general revenues to highway funding.  Instead, the Governor successfully proposed using Rainy Day Funds and surplus funds.

To the public that sounded great.  What the public didn’t realize is Rainy Day Funds and the surplus funds are essentially GENERAL REVENUES (such as sales taxes and the income tax) collected in one fiscal year and spent the next fiscal year. For example, a dollar collected on the last day of the fiscal year as general revenue ends up in a different fund finds on the first day of the new fiscal year.  The character of the money doesn’t change, just the name of the fund.

Catch a falling star and put it in your pocket. Save it for a rainy day.

What is the Rainy Day Fund?  If you think it is money saved for a long time and protected for use only in exceptional circumstances, you would be wrong. EVERY DAY IS A RAINY DAY WHEN IT COMES TO SPENDING RAINY DAY FUNDS.

Rainy Day Funds are transferred to various state agencies based on the Governor’s priorities. The Governor decides which agencies are to receive funds, how much, and for what purpose it is to be used. The Governor must get approval from the legislative committee, Arkansas Legislative Council, but, the committee has been a rubber stamp. Legislators tend to try to play ball with whoever is governor.  Since each legislator gets say-so over a pile of discretionary funding for the legislator’s district, wouldn’t it be hard to then tell the Governor “no” over part of his pile of discretionary funds?

“Hutchinson said he uses the rainy-day fund for emergencies, and for special needs and his priorities that aren’t included in the state’s $5.1 billion general revenue budget.” – Arkansas Democrat-Gazette[i]

The so called Rainy Day Fund (as described by the Governor) is a discretionary fund for:

Last December the Arkansas Democrat-Gazette reported the Governor had already sent $30.8 million in Rainy Day Funds to various state agencies.[ii]  For example, one of the transfers was $3 million for the University of Arkansas, Division of Agriculture. The agency had been denied its request for an additional $3.5 million in the legislative session, yet just a few months after the legislature went home nearly all the funds were provided by the Governor, with the approval of one legislative committee.  Another item of expenditure by the Governor was a transfer of Rainy Day Funds to the Economic Development Commission for what can be characterized as “corporate welfare.”

In 2016 the Governor has requested and received Rainy Day Funds for the Parole Board, libraries, Senior Citizens Centers, and a big chunk for highways.

So what is the point?  First, despite its name, the Rainy Day Fund has been nothing more than a discretionary spending account for governors. Second, the fund is the product of poor budgeting by the state. (We will address the poor budgeting in Part 3 of this series.)

Act 1, Third Extraordinary Session 2016 changed the name “Rainy Day Fund” to “Long Term Reserve Fund”. Why the name change? Perhaps the name was dropped because the press began asking questions about the Rainy Day Fund and tried to compare it with rainy day funds in other states. In other states rainy day funds are actually reserve funds saved in case of economic downturns and are safeguarded by ridged standards for use.[iii]  Arkansas’s discretionary fund has nothing in common with those funds.

Long Term Reserve Fund is just another deceptive name for the Governor’s discretionary fund. There is nothing long term about it.  It is possible to spend the money the same day funds are transferred from general revenues into the fund.

In Part 3 we will discuss the poor budgeting process that resulted in the Rainy Day Fund/ Long Term Reserve Fund.

[iii]“To prevent the politicization and misuse of rainy day funds, many states have established tough legislative rules to authorize use of the funds or economic triggers that must be met before lawmakers can access the funds.  According to the National Conference of State Legislatures (NCSL), 16 states require a legislative supermajority (three-fourths, two-thirds, or three-fifths) to withdraw from their funds. [1] Other states permit drawing on the fund only after an economic trigger, such as a drop in personal income or an increase in unemployment.” http://taxfoundation.org/article/trend-8-insufficient-rainy-day-funds