The Arkansas Senate is considering providing video streaming of Senate meetings. This acknowledgement of the need for more openness is long overdue and comes about a decade after the House of Representatives began videoing its chamber and most of its committees.

There are always important issues the people want to know more about, but few can go to Little Rock to observe what is going on and see what their Senator is doing.

Senators should be commended for moving toward more openness and better public access. Senator Jim Hendren announced the effort and he has moved the August 6 meeting of the Tax Reform and Relief Legislative Task Force to Rm 151, which is a House committee room equipped for video streaming and recording.

Despite the announcement it is unlikely the public will see the changes until after the 2019 legislative session. The idea has not yet been formally adopted by the Senate and then there will be studies, decisions on the location of a control booth and who to run it, solicitations of bids, and then the task of installing the equipment.

But, if the Senate is serious about the effort, steps can be taken to immediately open many committee meetings to video at no-cost. There is also a step that can be taken at low-cost to add video for two committee rooms shared with the House, and it should be something that can be accomplished before the next legislative session. 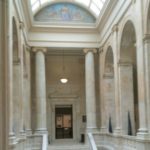 1. Move most interim committee and task force meetings to House committee rooms which are already equipped for video.

2. During the legislative session hold the meetings of subcommittees of the Joint Budget Committee in the House committee rooms.

For example, on August 6 the House and Senate Committees on Public Health, Welfare, and Labor will meet together in the Big Mac Building where there is no video. Looking back on the legislative calendar several years you can see that these two committees used to meet together in the Capitol in Room 130 which is a House committee room which is now equipped for video. Anyone want to ask the Senate chair Senator Cecile Bledsoe and the House chair Representative Jeff Wardlaw to move to the House committee room? 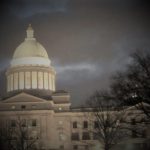 The House originally planned to put video equipment in the two committee rooms in the Big MAC building, until the Senate objected.[ii]  If the Senate would withdraw its objection there is time for the House to complete that project before the 2019 legislative session.  The expense and preparation would be relatively low since the House already has the video control room handle the additional rooms.

If the Senate is serious about wanting to be more open, why delay until after the next legislative session when there are already no-cost steps and a low-cost step to start the process?

[i] The General Assembly’s calendar on its webpage goes back to Jan 3, 2005