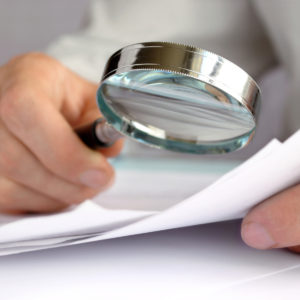 ould not have been aware of the removal of the ten principles if not for a phone call. The caller claimed Governor Asa Hutchinson had responded to one of CFA’s criticisms by saying CFA is wrong about “limited government” being a principle of the Arkansas Republican Party. I knew that could not be right.  I had read the principles many times.  But, the Governor was right… the words “limited government” have completely been removed from the platform. Worse, the ten principles have been completely removed.

Soon after our article appeared, we received the following comment from a fellow Republican: “So, who/how did our platform get diluted and the principles changed? I don’t recall voting on anything that sounded like changing the principles! I’m furious!”

It was changed at the Arkansas Republican Convention in August 2016.  I share the same frustration because I too was at the same meeting and didn’t realize the principles had been deleted from the platform.

I never anticipated that the preamble to the platform would be a battleground for an establishment take over…  But I am learning that you cannot take anything for granted.  Legislators and citizens alike are learning the same lesson the hard way.

While I am frustrated at not catching the changes in the principles of the Arkansas Republican Party, this reinforces to me the importance of Conduit For Action and its monitoring of Arkansas legislation.

Arkansas needs conservative watchdogs because there is so much that just slides by the public and the press.  Here are a few examples of why we must be vigilant:

CFA cannot spot every issue on its own.  That is why you, our readers, need to alert us when you spot progressive big government changes being proposed in Arkansas.

We hope you will also express your concerns to your elected officials and let them know you stand for conservative principles.  And, about the Arkansas Republican platform…. if you are a Republican like me let’s make sure the changes favoring establishment Republicans are not repeated in the 2018 platform.