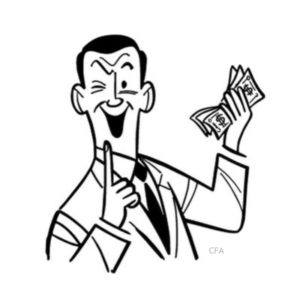 Jeremy Hutchinson who is a nephew of Governor Asa Hutchinson has been indicted for taking bribes while he was in the Arkansas Senate. The federal indictment, which was unsealed on April 11 includes counts for conspiracy, bribery, theft, and fraud. The indictment claims Hutchinson took bribes from Preferred Family Healthcare to influence Arkansas legislation and state government action. It is claimed the bribes were disguised as a contract with Hutchinson for legal services. Hutchinson is an attorney.

Perhaps by coincidence the indictment came the day after the Arkansas legislative session recessed with only a ceremonial closing expected.

Also, there is nothing new about allegations that a legislator, who is an attorney or contractor, used his legislative position to get clients who are more interested in owning a legislator. After a series of ethics scandals and convictions in the 1990’s the Arkansas Senate passed a rule that included restrictions on such contracts, but the final version included a loophole that made the rule ineffective.  In 2017, legislation was filed to prohibit legislator-attorneys and legislator-consultants from representing clients before the legislature, but the legislation failed. Last year the Arkansas Senate added rules on disclosure but glossed over the issue.

No legislation was filed on either ethics issue this year.

There are good legislators. but on this ethics issue they have given up after seeing Uncle Asa help defeat the lead sponsors of the legislation mentioned above in the 2018 Republican primary.

Instead of addressing the issue the legislature has adopted Mohamad Ali’s famous “rope-a-dope” strategy in which the boxer covers up in the corner and takes the blows in hopes to wear out the other fighter.  Here the legislature hopes the public will wear out and leave them to make money from special interests.