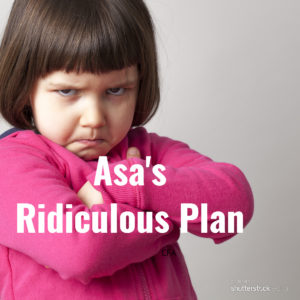 Legislation has been introduced in the House and Senate to pass a ½ percent sales tax for highways.[i] The Governor is going to the ridiculous step of having his tax proposed by a CONSTITUTIONAL AMENDMENT.

A few years ago the people approved a TEMPORARY sales tax for highways. The tax will expire in 2023. The Governor doesn’t want to let go of the money.

He claims an “extension” of the tax is not a tax increase.  Obviously, it is a TAX INCREASE because after the tax expires in 2023 the tax rate would be ZERO.

HERE IS HOW RIDICULOUS THE GOVERNOR’S CONSTITUTIONAL AMENDMENT IS. Under the Governor’s plan the legislature would propose a constitutional amendment to “continue” the tax, your money would be used to publish the proposal in newspapers, tons of money would be spent on the campaign supporting and opposing the tax increase, during the campaign you would be inundated with advertisements “for” and “against”, and if the amendment to the constitution passed we would be stuck with a sales tax that would be nearly impossible for the people to change because it is in the constitution.

INSTEAD OF DOING ALL THAT CRAZY STUFF, the Governor could propose his tax by a simple bill which would require only a majority vote of the legislature.  It could be a simple one sentence bill saying something like “Once the other tax expires in 2023, there is imposed an additional sales tax of ½ percent to be used exclusively for highway funding.”  It is that simple.

WHY THE RIDICULOUS ACTION OF PUSHING AN AMENDMENT TO THE CONSTITUTION INSTEAD OF FILING A SIMPLE BILL? The Governor knows if legislators have to go on the record for a new tax – it will likely fail. Having a simple bill could cut into support for a sales tax. First,  a simple bill shows it is a new tax and therefore doesn’t let politicians PRETEND it is merely an extension of a tax.  Second, COWARDS who want the tax also want to say, “Don’t blame me. I wasn’t voting FOR the tax. I only wanted to let the people decide.”

If you have a Senator or Representative who will vote for the plan and then say “I only wanted the people to have a chance to vote on it” you have our sympathies. You deserve better!

You should be MAD. Mad that politicians are using such a RIDICULOUS and TORTURED stunt to avoid blame.