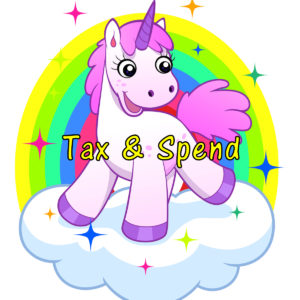 The REALITY is Arkansas taxes it people too much and spends too much.

(These points shown later in the article.)

The FANTASY world of Governor Asa Hutchinson and his allies is …. you can base your budget on spending all you have and anytime you want more tax money you can yell “crisis” and increase the tax burden on Arkansans, and this patter can continue indefinitely.

Hutchinson got legislation passed to continue Obamacare Medicaid Expansion despite enrollment in the program growing beyond all projections. (The program primarily serves able bodied working age adults who don’t work.)

This year the Governor grew government by getting legislation passed for his environment agency to monitor tires through every stage – from new sale to final disposal.

Governor Hutchinson got tax increases passed earlier this year on new and used tires, soft drinks and soda, digital downloads, and unemployment benefits, but he is still pushing for two major tax increases.  One is the internet sales tax on purchases from out of state sellers who have no presence in Arkansas.  The other is an additional tax on gasoline and diesel fuel for road projects.

The Tax Reform and Relief Legislative Task Force created and led by the Governor’s nephew Senator Jim Hendren is looking not at how to reduce tax but at how to shift tax burdens among taxpayers.  The task force’s consultant has presented reasons to impose an internet sales tax (which the Governor’s nephew voted for) and discussing where more tax money can be collected by eliminating tax exemptions. At one meeting the consultant was asked if there are any Arkansas taxes that can be raised because the rate is lower than in neighboring states. Clearly, this is not reform or relief.

Their fantasy world continues the path of bigger government and higher tax burdens while ignoring the reality that Arkansas is a high tax state and a high spending state, while Arkansas’ residents have a lower median income as compared to other states.

Again, to be fair there have been some tax cuts under Governor Hutchinson.  But the tax cuts have been the same type of cuts the Democrats used while growing government.  The Democrat plan was always to look at how much of new revenue collections they wanted for growing government and then take part of the remainder to use for a tax cut.  In other words, a tax cut for show.  Hutchinson also gave a tax break for military retirement pay by raising other taxes which gave the state additional money to grow government.

Tax and Spend – Comparing Arkansas to Other States 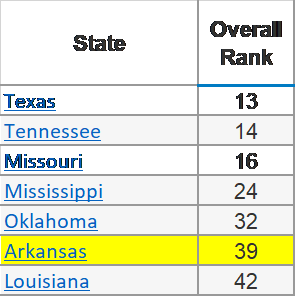 The tax burden per person in Arkansas is high when compared to other states.  The Tax Foundation says Arkansas is the seventeenth highest state in the nation.  Taxpayers in all six surrounding states pay less per person. The report is based on the 2014 fiscal year and appears in Facts & Figures 2017: How Does Your State Compare? It is Table 5 -State Revenue Per Capita.

Below is Arkansas’ high tax compared to the surrounding states. 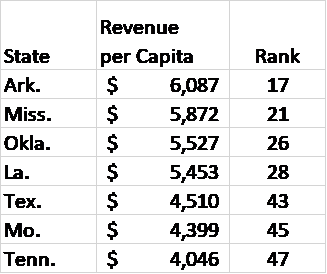 Arkansas did just as poorly when the Tax Foundation looked at the state-local tax burden per capita in Fiscal Year 2012. 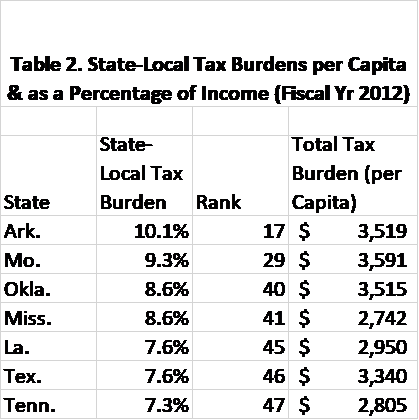 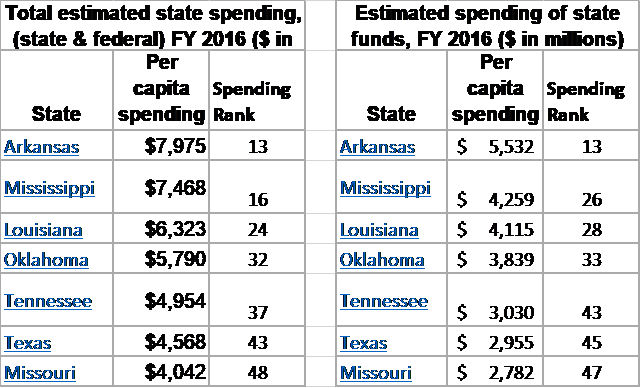 According to the Census Bureau only West Virginia and Mississippi have a lower median household income than Arkansas. 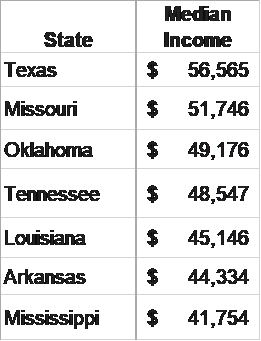 We Can’t Afford to Stay on the Same Path

The picture is clear and has been clear for a very long time – Arkansas has a spending problem.  Arkansas’ balanced budget is really a “spend everything you have” budget.  Then when a “need” arises, instead of prioritizing spending to keep from raising taxes, the politicians claim they are “forced” to raise taxes.

Arkansas’ tax burden handicaps the state and makes Arkansas unattractive for businesses.  Arkansas then resorts to incentives for businesses supported by bonds. Arkansas taxpayers then have to pay off those bonds and that too keeps our tax burden high. High taxes also keep many people from considering moving to our beautiful state.

We can’t afford politicians who pretend to be “for the people” by bragging on minor tax relief, while at the same time raising the overall tax burden and growing government far beyond what we can afford.

Elections and a Return to Reality

Arkansas experienced a Republican revolution and many new Republican officeholders went to Little Rock ready to rein in big government, but when they got to Little Rock they were thwarted by both Democrats and establishment Republican leaders who like the tax and spend environment.

Returning to Democrat control is NOT an option – they invented tax and spend.

Keeping Republicans who want to spend like Democrats is NOT an option.

If Arkansas is to get out of its mess of high taxes and high state spending, there are two steps that are a must:

Anything less means more of the same.