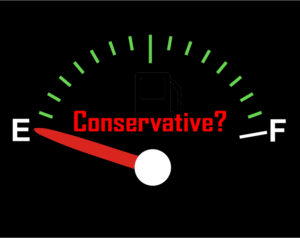 Republican State Senator Jim Hendren, didn’t like how Conduit for Commerce and two other conservative organizations scored his liberal votes, so he created his own scorecard (grading his own paper).

The results of the CFC scorecard and other conservative scorecards should not have been any surprise to him since he spent the 2017 legislative session pushing his uncle’s progressive big government agenda. His uncle is Governor Asa Hutchinson.

Senator Jim Hendren claims to be a leader. Unfortunately, he led several Republican legislators to forgo their conservative roots to please Jim and his uncle.

We assume the reason Hendren came up with the idea of a creating his own scorecard is ….. because of unhappy Senators who followed him and his uncle instead of the Republican Principles and Platform and who are now under fire from Republicans back home.

If Senator Jim Hendren wanted a higher conservative rating perhaps he should NOT have:

Senator Hendren should just be glad the scorecard only included 2017 legislation and did not include his:

Republican legislators who followed Jim and his uncle should consider: “It is better to be alone than in bad company.”